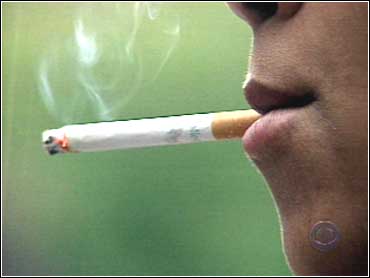 Australia's main doctors' group has come out in support of surgeons who refuse smokers medical treatment, including lung transplants, unless the patients quit smoking.

Phelps commented in response to a published report saying it is common practice in several major hospitals in Melbourne not to perform elective surgery, particularly lung operations, on patients who continue to smoke.

"Resources are being rationed whether we like it or not because there are not enough health dollars to go around," said Phelps.

Lung transplant specialist Greg Snell from the Alfred Hospital in the Melbourne said it was hospital policy to refuse smokers transplants, according to the Herald Sun newspaper. Snell is quoted as saying that other critical surgery or treatment for smokers may also be denied.

Lou Irving, an associate professor from the Austin and Repatriation Medical Center in Melbourne, told the Herald Sun he knew of many surgeons, including himself, who would refuse treatment to smokers.

"Why should taxpayers pay for it (smokers' transplants)?" Irving told the newspaper. "It is consuming resources for someone who is contributing to their own demise."

Irving said it would be better to spend money on prevention and treatment of tobacco addiction rather than operate on smokers.

The singling out of smokers troubles Melbourne University medical ethics specialist Lynn Gillam. She says if hospitals discriminate against smokers, then drinkers, people who drive too fast, and other people who voluntarily endanger their health should also go to the back of the line when it comes to treatment.

"If you are going to ration health care on the basis that the person who caused their own illness gets less, then you have to be consistent," says Gillam, who supports decisions being made on the grounds of who is more likely to recover from the operation.

The Australian Medical Association's statement Thursday on treatment for smokers follows a statement from the organization late last month calling on all candidates running for office to support a proposed new anti-smoking campaign.

One idea being talked about by some will seem familiar to Americans: suing the tobacco companies.

Ron Edwards, director of the Australian Cuncil on Smoking and Health, says the tobacco companies should be sued to recover some of the estimated $1 billion of costs the community bears each year because of tobacco.