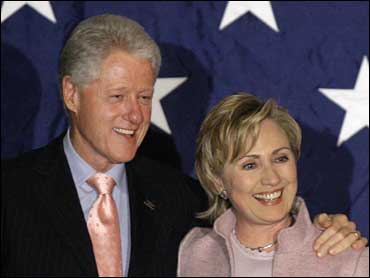 Former President Clinton and his wife, Sen. Hillary Rodham Clinton, will join Mariah Carey and others as honorees at the VH1 Save The Music Foundation's 10th anniversary gala in September.

The Clintons have been active in past Save The Music campaigns. In 1998, then-President Clinton donated his saxophone to the foundation; the instrument went to a student musician.

"Throughout the years, Bill and Hillary Clinton have exemplified incredible dedication and support for the VH1 Save The Music Foundation, and it is an honor to have them join in celebrating our 10th anniversary," Executive Director Paul Cothran said Wednesday in a statement.

The event is set for Sept. 20 at Lincoln Center in New York City. Performers will include Roger Waters, Jon Bon Jovi and John Mayer.