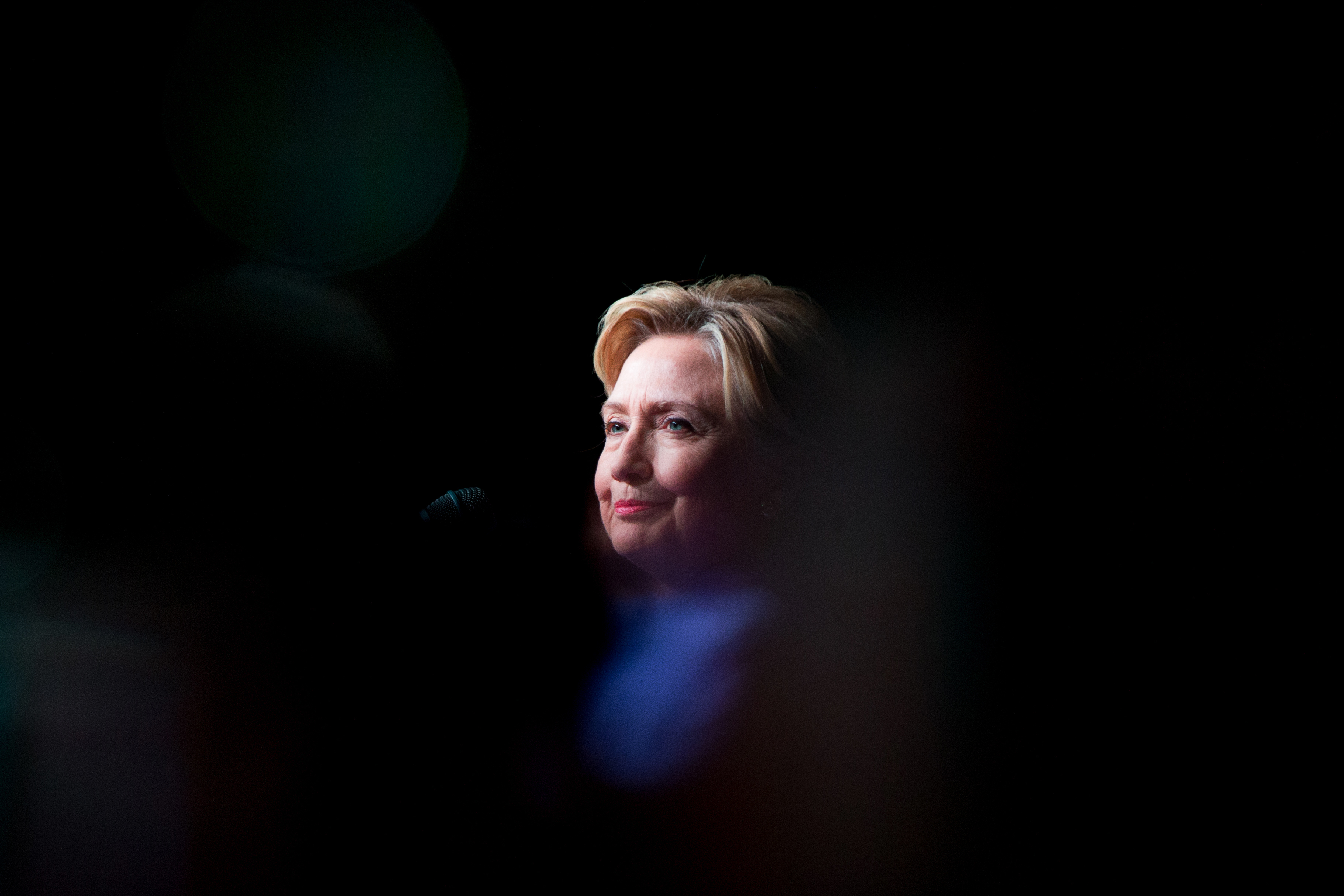 Doubling down on a key campaign pledge to take big money out of politics, Hillary Clinton announced Saturday that she intends to back a constitutional amendment overturning Citizens United, the 2010 Supreme Court decision that made way for unlimited corporate spending in elections.

In a video address Saturday to the progressive Netroots Nation conference in St. Louis, Clinton promised that she would introduce the amendment within "the first 30 days" in the White House.

The amendment would, she said, "give the American people -- all of us -- the chance to reclaim our democracy." The proposed change is expected to protect against the outsized influence of the billionaire class in U.S. political system.

In her address, Clinton also acknowledged the issue of racial disparities in the criminal justice system, and proposed two steps to help rectify them.

"As president, I'll bring law enforcement and communities together to develop national guidelines on the use of force," she said. "Second, I will target one billion dollars in my first budget to take on implicit bias, which remains a problem across our society and even in the best of our police departments."

During the primary campaign season, reversing the Citizens United v. Federal Election Commission (FEC) decision -- in which the Supreme Court declared political donations from corporations were a form of protected speech -- was a bedrock platform of Clinton's rival, Vermont Sen. Bernie Sanders.

Clinton has since championed policy proposals similar to Sanders, who endorsed Clinton earlier this week after a lengthy wait.

The presumptive nominee gave a nod to Sanders in her three-minute long speech.

"Now, I know many of the people in this room supported Senator Sanders in the primary," Clinton said. "You've helped put political and campaign finance reform at the top of the national agenda and I intend to keep it there."

For Clinton's own campaign finance reform plan, a campaign official said she intends to sign an executive order requiring all federal government contractors to publicly declare all political spending, in addition to pushing Congress for more effective legislation on donation disclosures.

Intending to close any loopholes allowing for dark money, Clinton would urge more transparency for outside groups and any "significant" donors sponsoring their cause.

The former secretary of state would also promote a Securities and Exchange Commission rule that would require any publicly traded company to disclose their political spending to shareholders, according to the campaign.

Clinton's proposals would likely mean an end to the vast sums of money propping up campaigns via independent political action committees (PACs), which are prohibited from coordinating directly with the candidate's official campaign.

Clinton herself has benefited from these super PACs, which allow for unlimited donations from wealthy Americans. At the start of June, the pro-Clinton super PAC, Priorities USA, had $52 million cash on hand. And the group told CBS News last month that it has already reserved more than $150 million in advertising for a general election campaign against Trump.