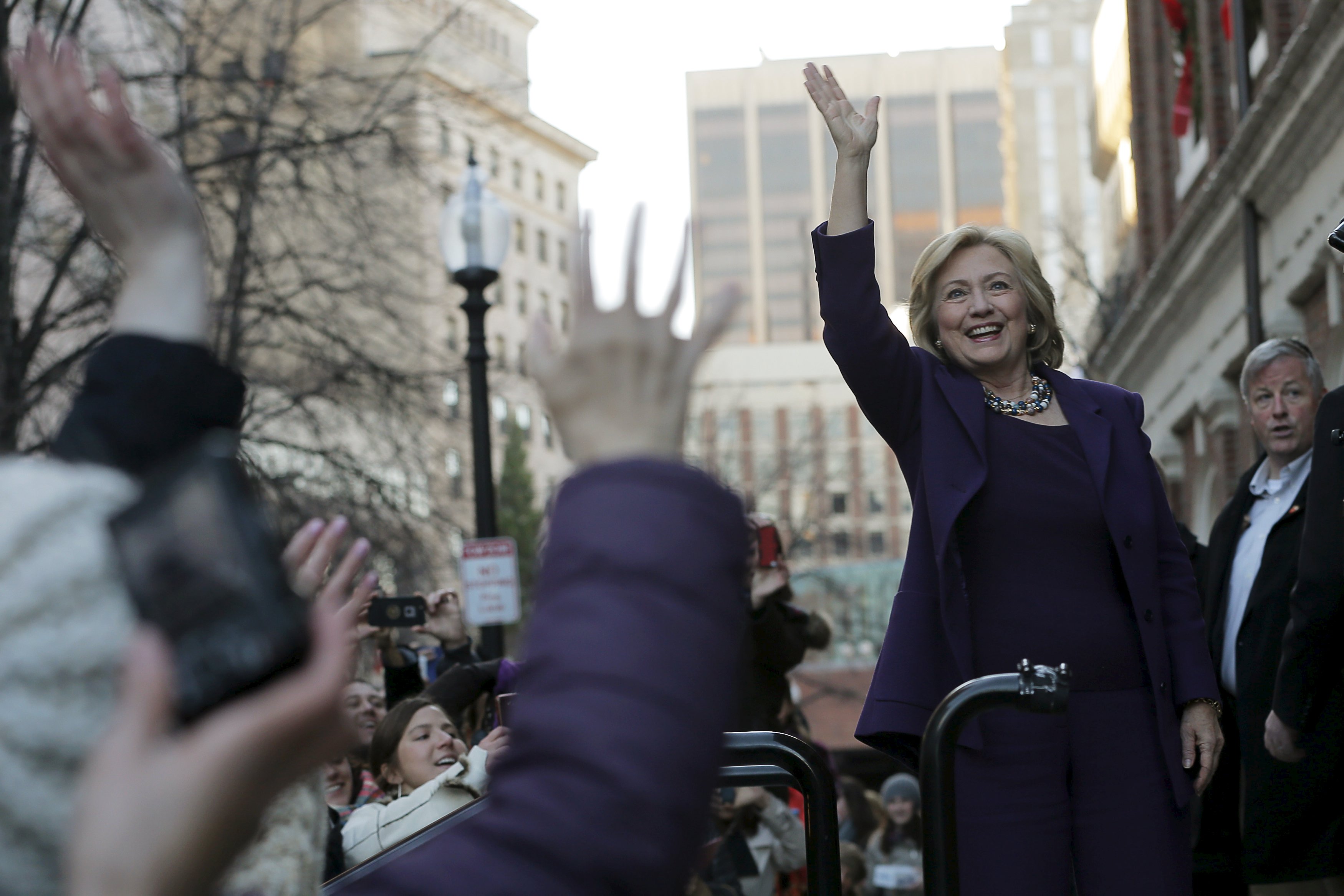 BOSTON, Mass. -- On her first day back on the campaign trail since Thanksgiving, Hillary Clinton announced Sunday her plan to boost federal investment in infrastructure by $275 billion if she is elected president.

"To build a strong economy for our future," Clinton said, standing on stage at Boston's storied Faneuil Hall, "we must start by building strong infrastructure today."

Clinton, speaking alongside Boston Mayor and former labor leader Marty Walsh at an event marking the launch of "Hard Hats for Hillary," said her infrastructure proposal is just the beginning of her larger plan to put Americans back to work.

"I don't have to tell you what a sorry state we're in," she said. "Our roads and bridges are potholed and crumbling. Families endure blackouts because our electric grid fails in extreme weather."

Clinton's proposal would dedicate $250 billion to direct federal investment in roads, airports and public transit across the country, according to a campaign aide. The remaining $25 billion would go into a national infrastructure bank, or "Strategic Infrastructure Bank."

The bank would "support an additional $225 billion in direct loans, loan guarantees, and other forms of credit enhancement," said the aide, bringing Clinton's planned total investment up to $500 billion over a period of five years.

The campaign plans to release more details about Clinton's plan on Monday.

Over the next several weeks, Clinton will roll out additional proposals that focus on job creation, including investments in research and manufacturing. According to her campaign, Clinton's focus on these areas is rooted in studies that show workers in these industries earn wages that are higher than the average American worker.

In recent weeks, national labor unions have coalesced around Clinton's candidacy and the momentum building behind Clinton was on display on Sunday. Just before Thanksgiving, the Laborers' International Union of North America offered its endorsement to Clinton and, in a statement, union president Terry O'Sullivan said the group was "eager" to work with Clinton to "promote policies that provide long-term investment in America's roads and bridges."

"Hillary Clinton understands unions," said O'Sullivan, who also spoke at the event on Sunday. "Not only understands, she supports unions. She respects unions."

Dozens of LIUNA members, wearing bright orange t-shirts, dotted the audience gathered on the first floor inside and outside the hall, joined by members of the United Brotherhood of Carpenters and the International Union of Painters and Allied Craftworkers, among others.

As Walsh offered his endorsement to Clinton at the event, he called out to the union members in the room.

"Get your sledgehammers ready," he said, "because we have a glass ceiling to demolish."

Clinton's proposal for new federal spending would be in addition to "what the Congress should finally get around to authorizing," she said.

According to Clinton's campaign, her plan would be fully paid for through "business tax reform." Clinton, while she has introduced several tax credits for middle class Americans, has yet to lay out her full tax plan.