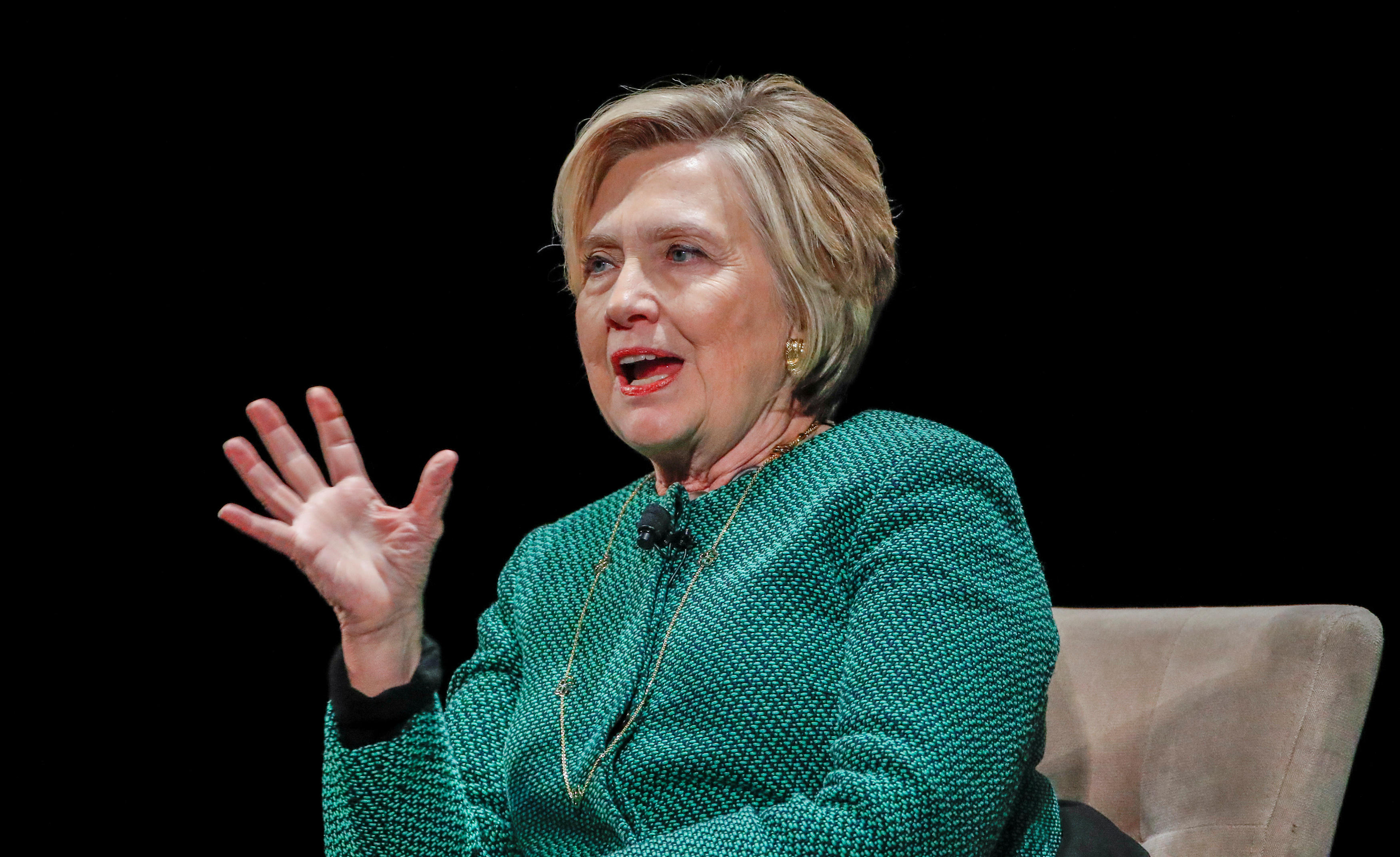 On the Chicago leg of her book tour promoting "What Happened," former Democratic presidential candidate Hillary Clinton addressed the ongoing investigation into Russian meddling in the 2016 election, amid a series of indictments that were brought forward by a grand jury as part of special counsel Robert Mueller's ongoing Russia probe.

"I'll leave it to the investigators to decide whether or not there was collusion, or conspiracy but we don't need a lengthy investigation to tell us that Trump is ignoring the intelligence community about an urgent threat, refusing to stand up to an adversary who has already attacked us, and abdicating his responsibility to preserve, protect and defend our national security interests."

She added, "We know everything we need to know, we just have to make sure that members of Congress do their jobs and hold the president accountable."

Her comments come as President Trump's former 2016 campaign chairman Paul Manafort and Rick Gates, Manafort's former business associate, were indicted by a federal grand jury in the investigation into Russian meddling in the U.S. election, according to unsealed documents released Monday.

Manafort and Gates pleaded not guilty in federal court on Monday afternoon.

And another Trump campaign aide, George Papadopoulos, pleaded guilty to one count of lying to FBI agents about the nature of his interactions with "foreign nationals" who he thought had close connections to senior Russian government officials. The plea was unsealed Monday.

The former secretary of state said that the facts Americans are now learning about Russian interference in the presidential election is "more than alarming, it's a clear and present danger to Western democracy."

She added, touching on the recent troves of data released by social media sites on targeted ads purchased on their platforms, "we now know Russian agents, both human and robotic agents, bots, used Facebook, Twitter, Google, YouTube and even Pinterest to place targeted attack ads and negative stories," she says were used to "fan the flames of division in our society."

As social media representatives are set to testify on Capitol Hill on Tuesday as part of congressional investigators separate probe into Russian interference, Clinton said if she were elected president, she would have led her own investigation into just how these political ads got there in the first place.

"If I had ended up in the White House I would've said, 'look we need an independent commission to investigate this, to get to bottom of it, we need to make it clear to these incredible tech companies that they've got to be part of the solution and not part of the problem and not buy ads in rubles for heaven's sake,'" she added.

Clinton was met by several raucous rounds of applause and cheers in the audience, but told supporters that there are moments from the campaign trail that still frustrate her.

"As a person I'm OK, but as an American I'm more concerned than ever," she said.

"I write about standing with my staff huddled together after a rally in Arizona watching the Cubs win the World Series so there were a lot of high points as well as some low ones," she said, calling the writing of her book "sometimes painful, but ultimately cathartic."

During a lighter point of supporters' questions, when asked what Clinton was thinking about being for any upcoming Halloween festivities Tuesday, she remarked, "I'll maybe come as the president."