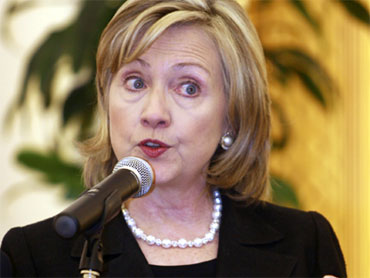 According to NBC, Clinton was asked if she would move to Canada if the former Alaska governor and Republican vice presidential nominee became president one day.

"Well, the short answer is no," she said after laughing along with the audience, according to NBC.

"I will be visiting as often as I can," she added.

According to the Associated Press, Clinton also lamented the constant state of political speculation in the U.S. as part of her answer to the question.

"It is part of the American political environment that people are always speculating on who will run for president," she said. "I've gone through that experience personally, so I'm very well acquainted with it."