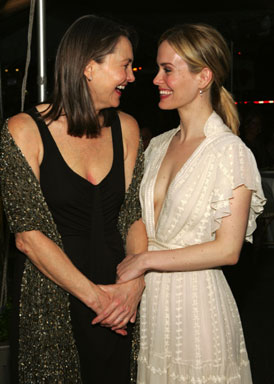 With their party's convention a week and a half away, Republicans on Capitol Hill are mimicking President Clinton's political playbook as they tout what could be called "fiscal family values."

The GOP-controlled House and Senate have given final approval to a bill that would end the so-called "marriage tax penalty." The measure has now gone to the White House, where Mr. Clinton has promised to veto the bill on grounds its benefits are tilted toward families in the top 1 percent income range, and it and other GOP tax cuts would consume surplus dollars that could be used better for priorities such as paying off the public debt and providing a Medicare prescription drug benefit.

"In the interest of fiscal responsibility, I will veto this and any subsequent legislation that threatens our ability to pay down the debt and strengthen Medicare and Social Security," the president said in a written statement.

Neither the Senate nor the House vote Thursday reached the two-thirds margin needed to override a veto. But the president's threatened veto doesn't mean the legislation is necessarily dead. Mr. Clinton wants something in return if he signs the measure: an acceptable prescription drug benefit plan under Medicare. And the White House as well as most congressional Democrats argue the plan would gut projected federal budget surpluses.

But Republicans quibble about the budget numbers and don't favor linking their plan with anything else. They're banking on public opinion and the campaign calendar to force the president to back down from his threat, CBS News Correspondent Bill Whitney reports.

Lott's point - that Mr. Clinton backed marriage penalty repeal in his own State of the Union speech - shows how the GOP hopes the shoe could be on the other partisan foot for once. Congressional Republicans have long griped that Mr. Clinton steals their ideas and presents them as his very own. This time, the GOP wants to turn the tables on him with their own politically attractive proposal packaged as middle class tax relief.

No doubt the White House and Capitol Hill Democrats know that score, so they're trying to avoid a reactive game as the fall election season beckons. It's hard to take the offense at the polls if you're stuck on the defense through the campaign. House Minority Leader Dick Gephardt called the marriage penalty bill nothing more than public relations, because Republicans know the president won't sign it.

"We all want tax cuts. The question is, are they targeted correctly and do they get done?" said Gephardt.

That change would be effective for the 2000 tax year, much more quickly than in either of the previous versions.

Another change taking effect in the 2000 tax year would be adjustment of the standard income tax deduction for married couples so that it is equal to that of two single people. This year, that would increase a married couple's deduction from $7,350 to $8,800.

The plan would also lift the income cap by $2,000 for lower-income couples who claim the earned income tax credit, and ensure through 2004 that married couples could claim personal tax credits - such as the $500-per-child credit - without getting entangled in the complex alternative minimum tax.

Because the bill is governed by five-year budget rules, all of the changes would phase out on Dec. 31, 2004. That means a future Congress would have to make the tax cut permanent, or married couples would get hit with a tax increase in 2005.