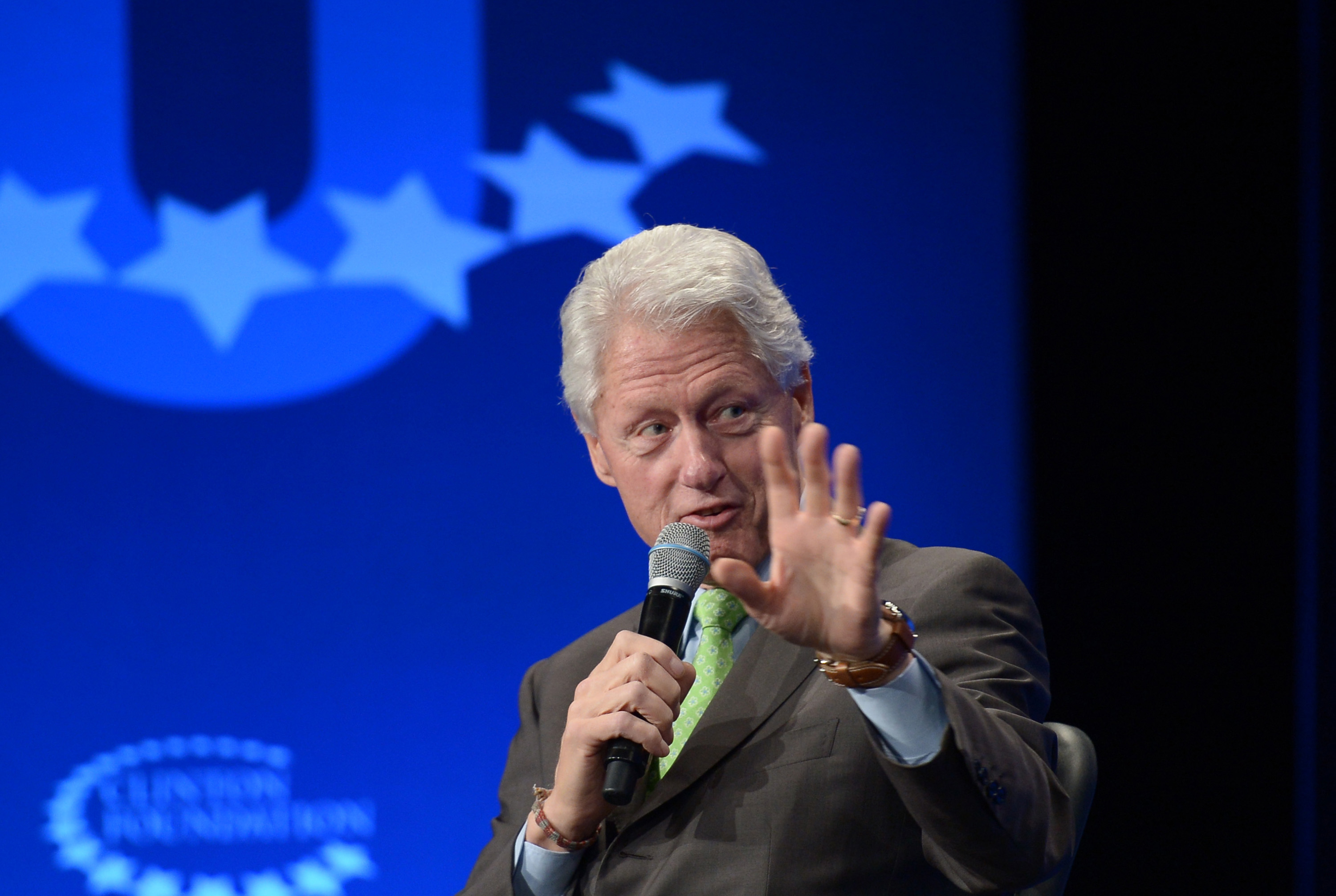 Canadian businessman Frank Giustra, one of the largest individual donors to the Clinton Foundation, said his relationship with Bill Clinton is entirely motivated by interest in the former president's philanthropy and not potential business benefits.

"I have one very specific reason I have a relationship with Bill Clinton: I admire what he does, and I want to be part of it," Giustra told the Washington Post. "But I've never asked him for a damn thing."

The newspaper reported on the long history between Giustra and Clinton, which began in 2005 when Giustra lent the Clinton Foundation his passenger jet for a trip to Latin America as long as he could come along for the trip. Since then, Clinton has used the plane on 26 different trips related to his work at the foundation. Giustra has been on 13 of those trips, a spokesman for the businessman told the Post.

Donations to the Clinton Foundation have come under heightened scrutiny as Hillary Clinton formally announced her bid for president. Critics have questioned whether the foreign governments donated to the foundation in order to gain favor with Hillary Clinton during her tenure as secretary of state, while foundation officials have insisted that it implemented strong transparency practices for foreign donations and restricted new donations from foreign governments while Hillary Clinton was part of the administration.

But some of those questions are getting another look in a new book, "Clinton Cash," that has delved into the foundation's donors and an acknowledgement from the Clinton Foundation that it had erred in disclosing its donors to the IRS and was taking steps to fix the problem. The foundation also did not disclose certain foreign donations to the State Department while Clinton was Secretary, despite a 2008 memo of understanding that the foundation would disclose donations for an ethics review by the State Department.

Among the donations that were not disclosed was money from 1,100 mostly foreign donors who gave money to the Clinton-Giustra Enterprise Partnership. Officials for the charity, which is based in Canada, said revealing those names would violate Canadian laws, CBS News Correspondent Nancy Cordes reported.

Mr. Clinton did not address Giustra directly but defended the way his foundation has raised money.

"I don't think there's anything sinister in trying to get wealthy people and countries that are seriously involved in development to spend their money wisely in a way that helps poor people and lifts them up. I don't think there's anything bad with that. I think it's good," he told NBC News in a recent interview from Africa, where he is touring projects the Clinton Foundation has funded.

Regarding the perception that his wife might have been influenced by foreign donors, Clinton said, "I'm not responsible for anybody else's perception."

"I asked Hillary about this, and she said no one's ever tried to influence me by helping you. No one has even suggested they have a shred of evidence to that effect," he said.

When Clinton announced her presidential campaign, the foundation also changed its policies an will now only accept large donations from six foreign governments: Australia, Canada, Germany, The Netherlands, Norway and the United Kingdom.

But Clinton said the the move was not an acknowledgement that they should have changed their policies earlier.

"It's an acknowledgment that we're going to come as close as we can during her presidential campaign to following the rules we followed when she became secretary of state," he said.

The Post story about Giustra detailed examples where he had closed business deals in countries he recently visited with Clinton. For instance, he finalized a 2005 deal to purchase $500 million of uranium mines located in Kazakhstan after attending the launch of a Clinton Foundation health initiative with the former president in the capital of Almaty. Giustra said Mr. Clinton had "zero" to do with the deal, which was nearly completed when they were in Kazakhstan. Mr. Clinton has also said he was aware of the pending deal but did not get involved.

After the sale, Giustra made a $32.7 million donation to the Clinton Foundation. A year later he sold his mining company, UrAsia, to a company called Uranium One, which was later sold to a Russian state-owned company, Rosatom. The sale was reviewed by the State Department during Clinton's tenure, but her aides have said she did not personally play a role in the approval process.

As for whether Mr. Clinton will step down from the foundation if his wife is elected president, he said he will "if it's the right thing to do."

"I might if I were asked to do something in the public interest that I had an obligation to do. Or I might take less of an executive role," he said. "But we'll cross that bridge when we come to it."