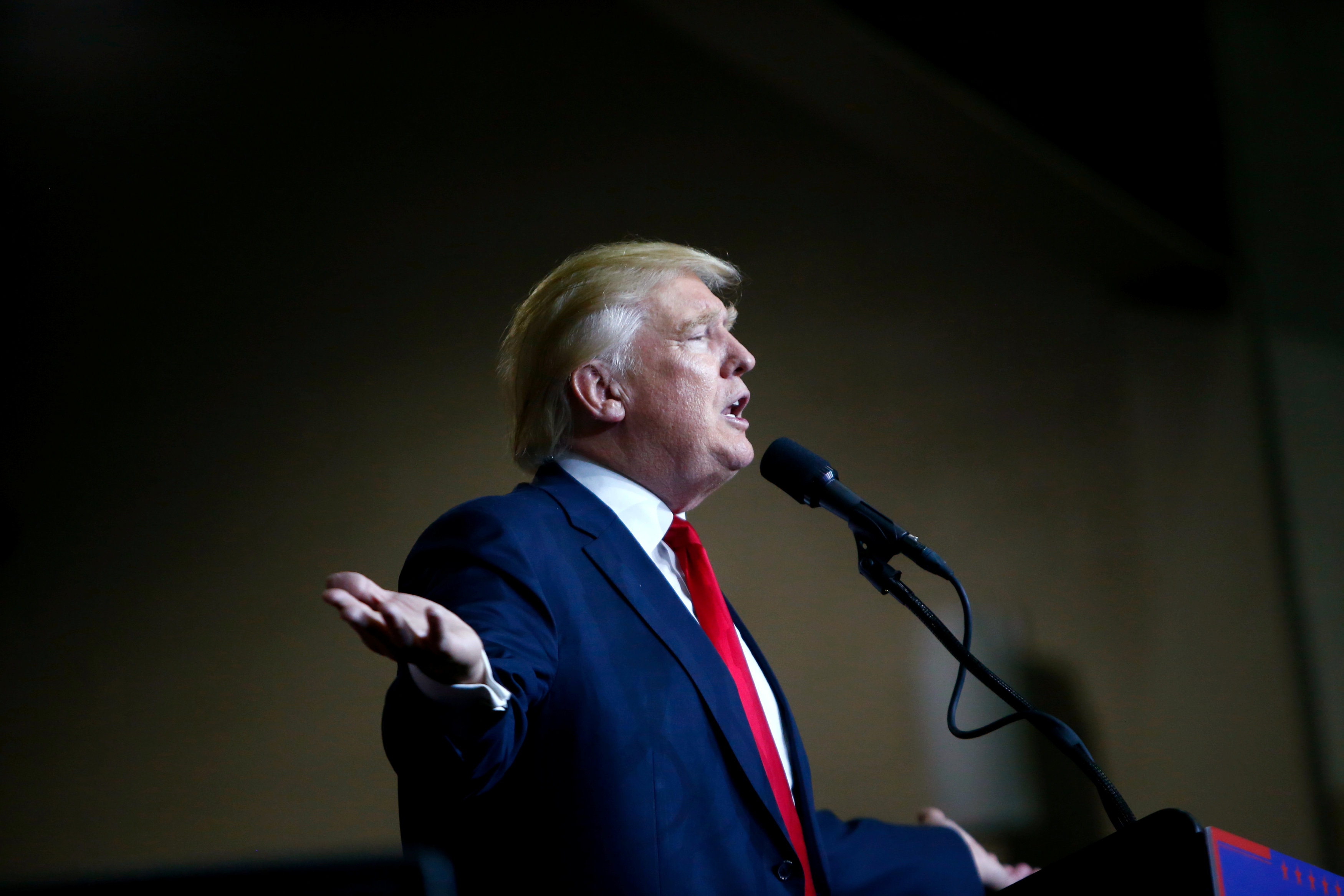 An aide who works for Donald Trump's presidential campaign asked GOP lawmakers on Monday to issue statements in support of the GOP nominee in the controversy over Khizr and Ghazala Khan, but none seem to have honored the request.

"We want to try and get several member statements out today on this, and would really appreciate your help. If your Senator does a statement please send a copy to me so I can catalog them," Rob Wasinger wrote in an email to staffers for Republicans on Capitol Hill.

Attached to the email was a document listing talking points and quotes from Trump about the Khan family. The document contained a transcript of Trump's appearance on ABC's "This Week" as well as talking points on Russia and the email hack at the Democratic National Committee. The document says that "many in the media reported falsely that Trump had compared his sacrifices to Mr. Khan's son which is completely false and the transcripts show that to be true."

Trump has come under fire for his response to Khizr Khan's speech last week to the Democratic National Convention about his son, who was a Muslim U.S. soldier who died serving in Iraq.

But even after Wasinger's request, no Republican seems to have heeded the call for help. Instead, the controversy has sparked the opposite response.

"In recent days, Donald Trump disparaged a fallen soldier's parents. He has suggested that the likes of their son should not be allowed in the United States -- to say nothing of entering its service," McCain said. "I cannot emphasize enough how deeply I disagree with Mr. Trump's statement."

"I am dismayed at the attacks Khizr and Ghazala Khan have endured after they spoke about their son's service and sacrifice. There is never enough honor we can show to the families of those whose loved ones have made the ultimate sacrifice for our country," Thornberry said. "Service to our country is above politics. I believe that each of us are called every day to show our deepest respect and gratitude to all of those who protect our freedom and their families."

And Rep. Richard Hanna, R-New York, became the first House Republican to say he will vote for Hillary Clinton because Trump is "unfit to serve our party and cannot lead this country." Hanna is not running for re-election.

Speaking to "This Week," Trump responded to Khan's challenge that he has sacrified nothing in his life.

"Who wrote that? Did Hillary's scriptwriters write it?" Trump said. "I think I've made a lot of sacrifices. I work very, very hard."

In the interviews with ABC and The New York Times, Trump also implied that Khan's wife Ghazala, who stood next to him on stage at the convention, didn't say anything because her religion prevented her from speaking.

"If you look at his wife, she was standing there. She had nothing to say. She probably, maybe she wasn't allowed to have anything to say," Trump said to ABC. "You tell me."