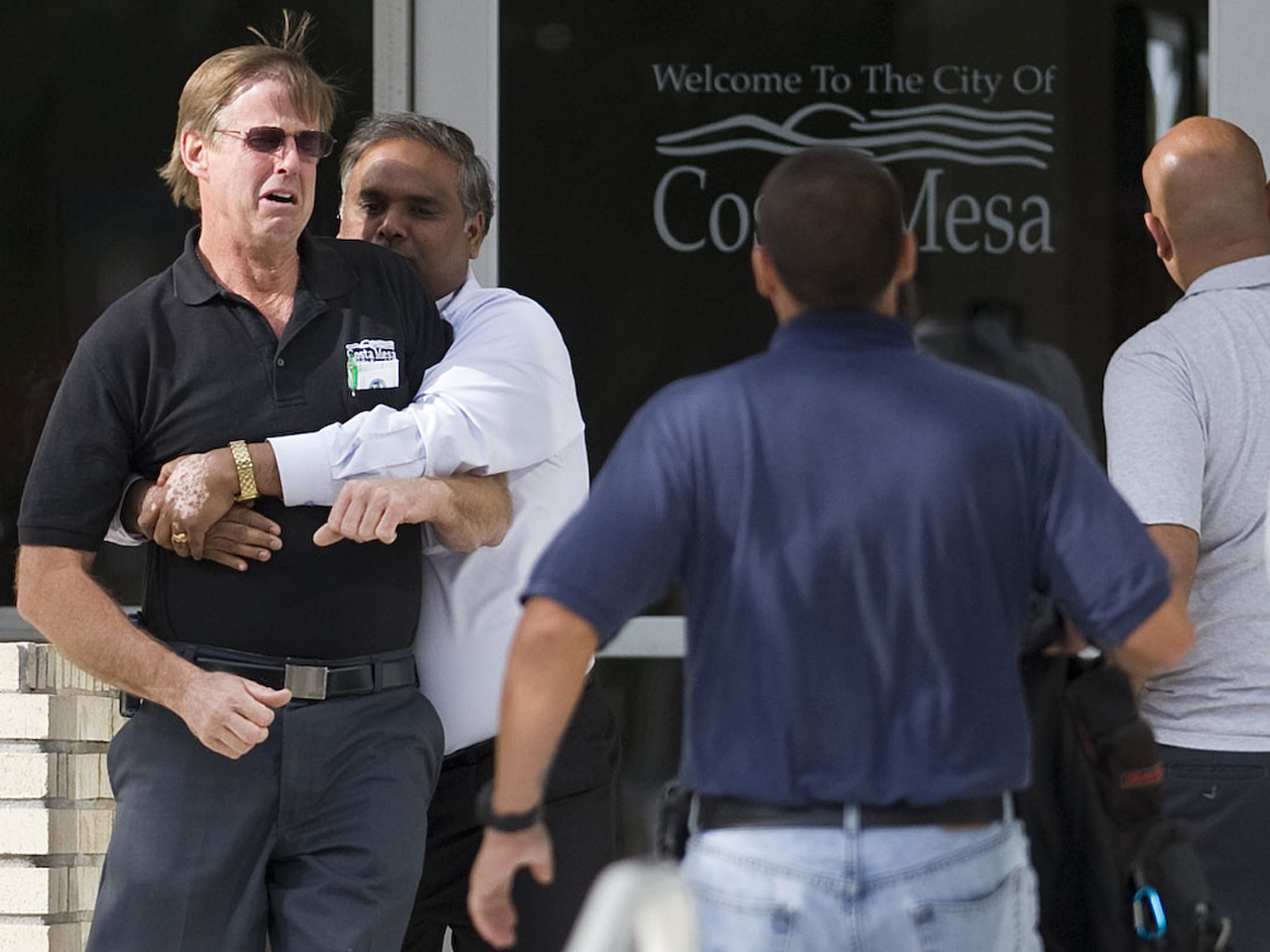 COSTA MESA, Calif. - Crisis counselors have been brought in to help stunned co-workers of a Costa Mesa maintenance worker who jumped to his death from the roof of City Hall an hour after he was called in to get his layoff notice.

Huy Pham, 29, jumped off the building at 3:20 p.m. Thursday and was pronounced dead at the scene, Costa Mesa police Lt. Bryan Glass said.

Pham was on a list of more than 200 people — nearly half of the city's workforce — targeted for layoffs in a drastic move to plug a $15 million budget hole. Those who received notices would see their jobs outsourced in six months.

Pham had worked for the city for 4½ years, according to the Orange County Register. He had been at home with a broken ankle and was not supposed to work Thursday but was called in at about 2:30 p.m. to receive his layoff notice, the newspaper said.

"This is a tragic event for the city and all of its employees," Glass told the Register. "The city is concerned for their well-being and making efforts to help them through this."

Costa Mesa is about 40 miles south of Los Angeles

Huy Pham's brother, John Pham, said it was not evident that his brother was in distress.

"When the layoffs were coming, he thought he was probably going to be rehired" by the new contractor, John Pham told the Register. There was no indication Huy Pham was despairing, he said.

"He seemed normal," John Pham said. "He was planning to go to Mt. Everest with some friends."

Grieving co-workers gathered at City Hall Thursday after word spread of Huy Pham's death to comfort and console each other.

Three of his co-workers restrained a city employee who charged at council members Jim Righeimer and Stephen Mensinger just outside the door to City Hall, the Register reported.

The City Council voted earlier this month to outsource 18 city services, from firefighting to maintenance, information technology and payroll. The city started handing out pink slips Thursday. Around 213 of the city's 472 employees were to have been notified by the end of the day.

Two of Pham's co-workers told the Register that Huy Pham, a Fountain Valley resident, was not married and did not have children, although he had an extended family he helped support.