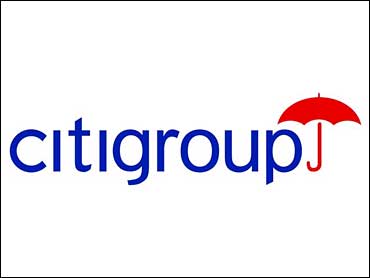 Citigroup's brokerage division was a key backer of WorldCom securities before the operator of the MCI long-distance phone service filed for the biggest bankruptcy in history in July 2002 amid accounting irregularities. Earlier this month, the company now known only as MCI emerged from bankruptcy and shed more than $35 billion in debt.

The settlement announced Monday comes as the world's biggest financial services company said it had set aside an additional $6.7 billion for potential claims against it related to the collapse of Enron Corp. and its April 2003 settlement of federal inquiries into its investment research and initial public stock offering activities.

In the WorldCom matter, Citigroup said it had agreed to settle federal class action suits brought on behalf of those who had purchased WorldCom stock and other securities during the period from April 29, 1999, through June 25, 2002.

Charles Prince, chief executive of Citigroup, said the settlement was designed "to put an unfortunate chapter behind us so we can focus on our continuing prospects for growth."

Under the settlement, Citigroup said it denied violating any law but was settling "solely to eliminate the uncertainties, burden and expense of further protracted litigation."

It said the WorldCom payment will be allocated between purchasers of WorldCom stock and bonds. Lawyers' fees will also come from the settlement amount.

Citigroup said U.S. District Judge Robert W. Sweet and Magistrate Judge Michael H. Dolinger said in a signed statement attached to the agreement that they felt the settlement "was negotiated in good faith."

Prince said as a result of the WorldCom settlement, "we now have a better understanding of our remaining exposure for Enron and other litigation related to the 2003 regulatory settlements."

Citigroup is taking an after-tax charge for the settlement and the increase in litigation reserves of $4.95 billion, or 95 cents per share, in the current quarter.

The reserve being set up is designed to cover possible liability for underwritings and research coverage of WorldCom as well as other cases over which it faces suits.

These include its July 2003 settlement of the Enron-related inquiries conducted by the Securities and Exchange Commission, the Federal Reserve Bank of New York, the Office of the Comptroller of the Currency and the Manhattan District Attorney.

They also include suits brought related to its April 2003 settlement of the research and IPO spinning-related inquiries conducted by the Securities and Exchange Commission, the National Association of Securities Dealers, the New York Stock Exchange and the New York Attorney General.

Citigroup said the company believes that this reserve is adequate to meet all of its remaining exposure for these matters.

But it said that the amount could be more given "the uncertainties of the timing and outcome of this type of litigation and the significant amounts involved."

Citigroup said it will continue to defend itself vigorously in these cases, and to resolve them in the manner management believes is in the best interest of the company.