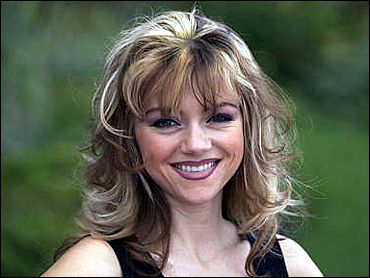 A circus performer who fell 30 feet onto a concrete floor during a Ringling Bros. and Barnum & Bailey Circus show died from her injuries.

"We are starting an investigation into the death," police Sgt. Rick Klein said. "We don't suspect foul play but we will be trying to collect the rope or (part) that broke."

Shaken witnesses, who included many children, described the scene: Espana was upside-down, hanging by her legs with no harness or net when a scarf loosened and she plunged to the arena floor.

Some witnesses said Espana landed headfirst; others said she landed on her back or stomach.

Clowns came out in what circusgoers described as an attempt to draw attention away from the scene. That worked for some of the younger children, but not for everyone.

"A little girl behind us asked, 'Is she still alive?'" said Kim Golembeck, of Big Lake, whose 3-year-old son didn't realize there had been an accident.

The 2 1/2-hour show continued as medical personnel and circus officials worked on Espana, who comes from a family of Bulgarian performers.

Laurie Burnham left after the accident with her 10- and 12-year-old daughters.

"They were really distraught, especially because the ringmaster started up again like nothing had happened," said Burnham, of St. Paul.

Espana and fellow performer Ivan Espana got married years ago during a show, according to circus promotional material. Their two children are in training to become circus performers.

Saturday's 7 p.m. show went on as scheduled. Shows scheduled for Sunday were also to go on as planned.

"The show must go on," said circus spokeswoman Alexis Copeland.

Last month, there were two accidents in three days when the Ringling Bros. circus performed in New York's Madison Square Garden. One man fell 30 feet from a trapeze into a net. Another slipped off a high wire. Both had minor injuries. Signs outside the venue had promoted the circus with the slogan, "Tempting fate daily."