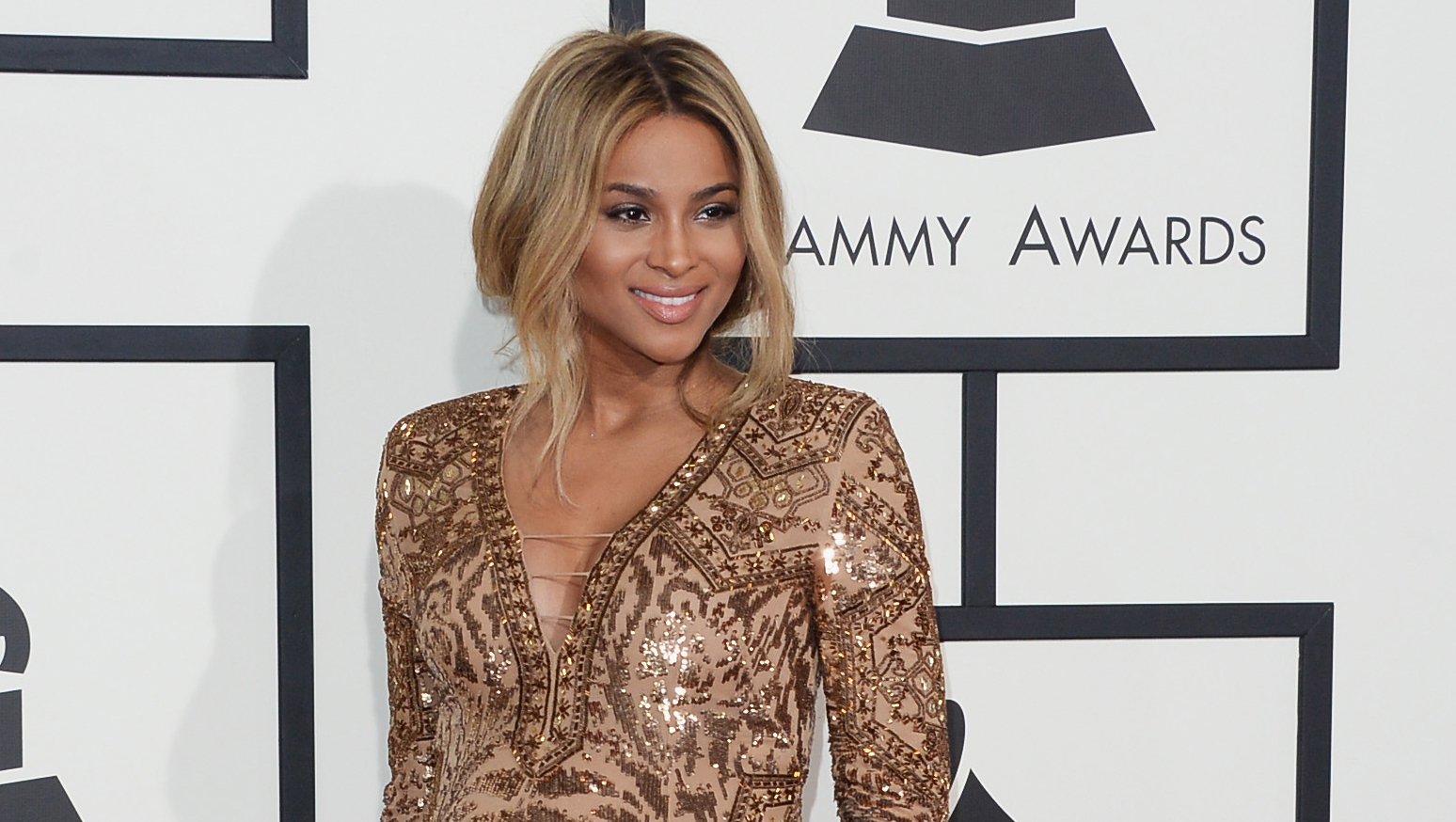 As a new mom, Ciara has developed a bit of a routine lately: "I go from the mommy gym at home, which is a lot of moving around my son. Then I go to the real gym and then I go to the stage." In between, she's in the studio working on a new album.

The 28-year-old singer, who gave birth to son Future Zahir Wilburn in May with Future, says motherhood has been an "amazing experience," though she didn't comment on recent reports about a possible split with her rapper fiance.

"Honestly [it's] the best thing ever," Ciara told CBS News. "Definitely life-changing...For me it's just been an amazing experience. And I felt that it was necessary actually the more I think about it and I'm enjoying it."

What's surprised the first-time mom is how everything's come so naturally.

"I thought before I had to think about all these things," she revealed, adding, "I found a way to find calmness with my thoughts and my curiosity about what motherhood would be like and now it really is just second-nature."

When she's not working out at home, Ciara is busy at the gym with her trainer Gunner.

"We probably train five days a week and we go for one hour each day...I definitely have to work even harder now because my body went through a whole change that's unmarked, unfamiliar territory for me. So it's really a cool challenge at the same time," she said. "My goal is not to go where I was before -- but to go even higher. Just try to push myself more."

"It's always about encouraging women to do more with what they love to achieve their goals," she said. "And in addition to that just recently we also got to integrate that theme with 'House of Style' [on MTV] -- doing a recap of my style evolution for my performance outfits -- talking about how much movement goes into a performance...the clothing being durable for the stage and how you have to work really hard to pull your visions off."

As for her own style, Ciara says she likes to choose clothes depending on how she feels that day.

"I used to over-think things with fashion and now I don't over-think them," she said. "I'm just like, 'Be free. Have fun. Experiment more and be open-minded. I think that's the key to fashion is being open-minded. I'm a big fan of wearing the colors white and black and red every now and then. Sometimes you can push yourself to try something else."

Meanwhile, Ciara is working on a new album, the follow-up to her 2013 self-titled release. For the upcoming set, she's teaming with songwriter/producer Dr. Luke (Katy Perry, Pink, Avril Lavigne).

"It's been so much fun," Ciara said about their sessions. "It's a moment for me as an artist because I've always loved and respected him as a producer and a writer...We both have so much love and respect for each other from a creative perspective that it makes this experience really cool."

She didn't reveal too much about the sound, but did say it's "special" and that the lyrics will reflect what's going on in her life. "I'm even more open and more free in how I express myself musically. I just want to continue that theme. I think music is about marking time and moments in my life. So I'm definitely going to express and share some really cool energy that's happening right now," she said.

There's no official word on when the new project will surface. "In my mind, I do [have a timeline]. But I don't really want to put too much of a timeline on the creative process...It will tell you when it's time," said the Grammy-winning singer behind such songs as "Goodies", "1, 2 Step" and "Oh."

"I am just blessed to have been here for over a decade now and knowing that I still have yet to reach my peak," she said.

As for the rest of the year? She'll be plugging away on that new album.

"I'm living in the music, being free in the music and having fun and living life to the fullest," she said.