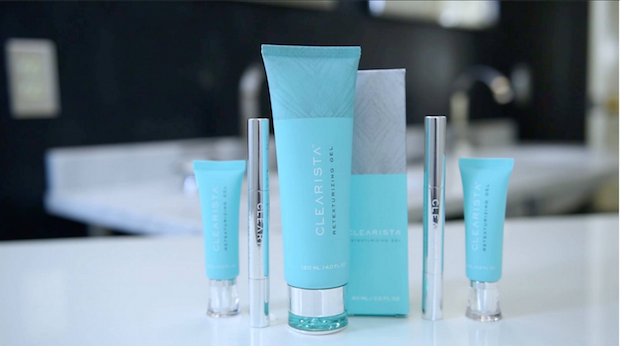 Why would investors linked to the CIA be putting money into beauty products? According to a report by the investigative news site The Intercept, a venture capital group backed by the CIA is investing in Skincential Sciences, a skincare company with a product line that could be used to collect DNA.

The investing group, known as In-Q-Tel, is a non-profit organization funded by the CIA that forms partnerships with companies developing promising scientific products or technology. "We invest in venture-backed startups developing technologies that provide ready-sooninnovation (within 36 months) vital to the IC [intelligence community] mission," In-Q-Tel explains on its website.

The skincare company's line of Clearista products fits that mission by using a patented formula that painlessly strips away a top layer of the epidermis to reveal biomarkers that could be used for DNA collection and other diagnostic tests, according to The Intercept.

In an interview with the news site, the chief executive of Skincential Sciences, Russ Lebovitz, said that In-Q-Tel approached them because of interest in easy methods of DNA extraction. "I can't tell you how everyone works with In-Q-Tel, but they are very interested in doing things that are pure science," Lebovitz said.

In-Q-Tel described human skin is a "unique, underutilized source for sample collection," according to a cached article on the In-Q-Tel website cited by The Intercept.

Lebovitz also told the site that he did not know how the CIA was planning on using the technology other than to detect DNA from human skin. "There's no better identifier than DNA, and we know we can pull out DNA," he said.

In-Q-Tel was started in 1999 "at the request of the Director of Central Intelligence and with the support of the U.S. Congress," its website says, with a mission to provide funding for developing cutting edge technologies at private firms. The group has supported a wide range of technologies that we use every day. Among other things, it has worked with the major ad agency network WPP on a "social media data-mining venture." It also invested in Keyhole Inc., a digital mapping software company that was acquired by Google for use in Google Earth.

The CIA is not alone among government agencies funding futuristic technology. The Defense Advanced Research Projects Agency (DARPA), part of the U.S. Department of Defense, also works with research groups and tech companies developing new technologies that may prove useful for the military. DARPA is well known for its support for robotics and advances in medical science.