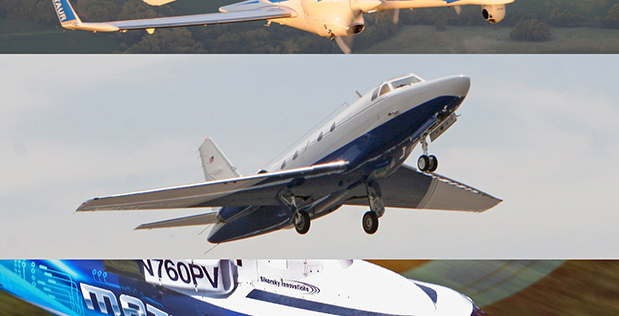 Up in the air, pilot Mark Ward is used to being at the controls, but now an experimental technology called Aircrew Labor In-Cockpit Automation System (ALIAS) is doing the flying for him, reports CBS News correspondent Kris Van Cleave.

"In terms of the actual operation of the craft it's a completely different world," Ward said.

ALIAS is an advanced form of autopilot that can adapt and respond to changing situations. Essentially it's a digital co-pilot.

Helicopter maker Sikorsky's chief autonomy engineer Igor Cherepinsky said it won't put pilots out of business, but it will "transform" them.

"Today's pilots spend a lot of their time making sure the aircraft is stable, it's going in the right direction, it's going the right speed, obeying the laws of the air if you will, so ALIAS copilot can take care of all of that and free the human being to supervise and make sure that the bigger mission is running its course," Cherepinsky said.

That's different from drones, which essentially move pilots to the ground -- this technology keeps people in the air.

Cherepinsky compared it to driverless cars, predicting that, one day, there might not be anyone sitting in the cockpit during flight.

"The first step is to let the pilots get used to the technology, reduce the crew, and show that we can do it safely with one pilot and get the pilot community used to that fact. And then we'll go from there," he said.

The technology is promising enough that the Defense Advance Research Project Agency (DARPA) is investing $57.5 million to make the digital co-pilot a reality for military and commercial aircraft within the next decade.

During a demonstration, a chopper could be flown from a tablet on the ground, controlling the altitude and flight plan.

Because ALIAS is being developed with the military, CBS News was not allowed to show everything on the handheld, but Van Cleave said it only required a finger to move the aircraft.

Designers believe safeguards can be built into a digital co-pilot to stop a repeat of the Germanwings crash, where a lone pilot intentionally flew an airliner into the ground.

"ALIAS can permit under the right circumstances, handing off the aircraft to an off-board controller. To let somebody else, another human, help take control of the aircraft in the event of the emergency," DARPA program manager Dan Patt said.