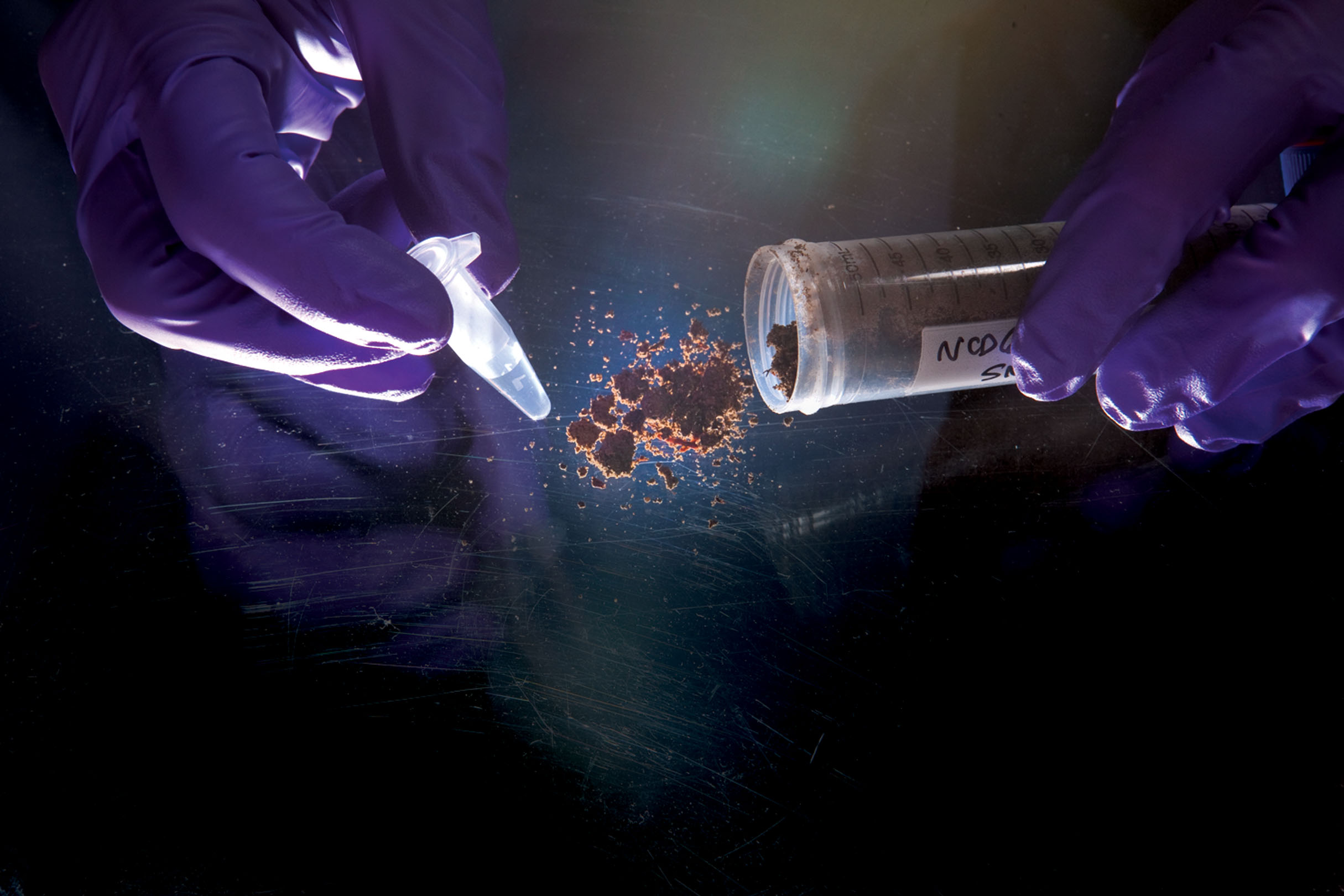 Ever since James Watson and Francis Crick discovered the molecular structure of DNA, scientists have used this hereditary material to solve crimes, to diagnose medical conditions and to produce genetically modified crops.

But no one has quantified just how much DNA is on Earth - until now.

By using available DNA sequencing and genome data combined with large-scale surveys of biomass, several researchers based at the University of Edinburgh have come up with a number for the building blocks of life. And it's big - really big.

They tallied up how much DNA there is inside the cells of all plants, animals, tiny organisms such as prokaryotes and even viruses and concluded the total amounts to 50 trillion trillion trillion (5 followed by 37 zeros) base pairs, the fundamental chemical "letters" that allow DNA to encode genetic information. Together, that much DNA would weigh 50 billion tons.

"We just thought DNA is the fundamental molecule in which information of life is stored," University of Edinburgh's Charles Cockell, one of the authors on a study detailing the results Thursday in the journal PLOS Biology, said of the decision to quantify the amount out there on Earth.

"You can look at the diversity of life by looking at numbers and types of species but if you want to understand the total information in the biosphere, you really want to look at DNA and how much there is," he said. "We just thought that would be a useful number to find."

If it were laid end to end, all this DNA would stretch 30 million times across the diameter of the Milky Way. And if all the information contained in the biosphere's DNA was stored on a hard drive, the researchers estimated one would need a billion trillion of the world's most powerful supercomputers.

Beyond the actual numbers, the scientists said this survey offers a new perspective on the Earth's biodiversity and will allow a more detailed comparison between groups of organisms.

As expected, they found plants and animals - because of their size - contain more DNA than fungi and tiny creatures like unicellular eukaryotes. But because there are so many microbes in comparison to plants and animals, they ending having the most DNA overall.

"This offers a way to look at the total information content of the biosphere and how it's changed over time, rather than just focusing biodiversity assessments on the number and types of species," Cockell said.

Cockell was careful to say this number was preliminary, since there is still little known about the distribution of biomass in some parts of the world and in certain ecosystems - for example the exact number of fungi in soil.

Along with fine tuning this number, the researchers said the next step is better understanding the density of organisms in various environments, and how genome sizes and chromosome levels differ across kingdoms.

"This preliminary estimate could potentially provide an additional way to quantify natural and anthropogenic processes and changes in the biosphere, which can inform conservation efforts and assessments of habitat and diversity loss," University of Edinburgh's Hanna Landenmark, another study author, said.