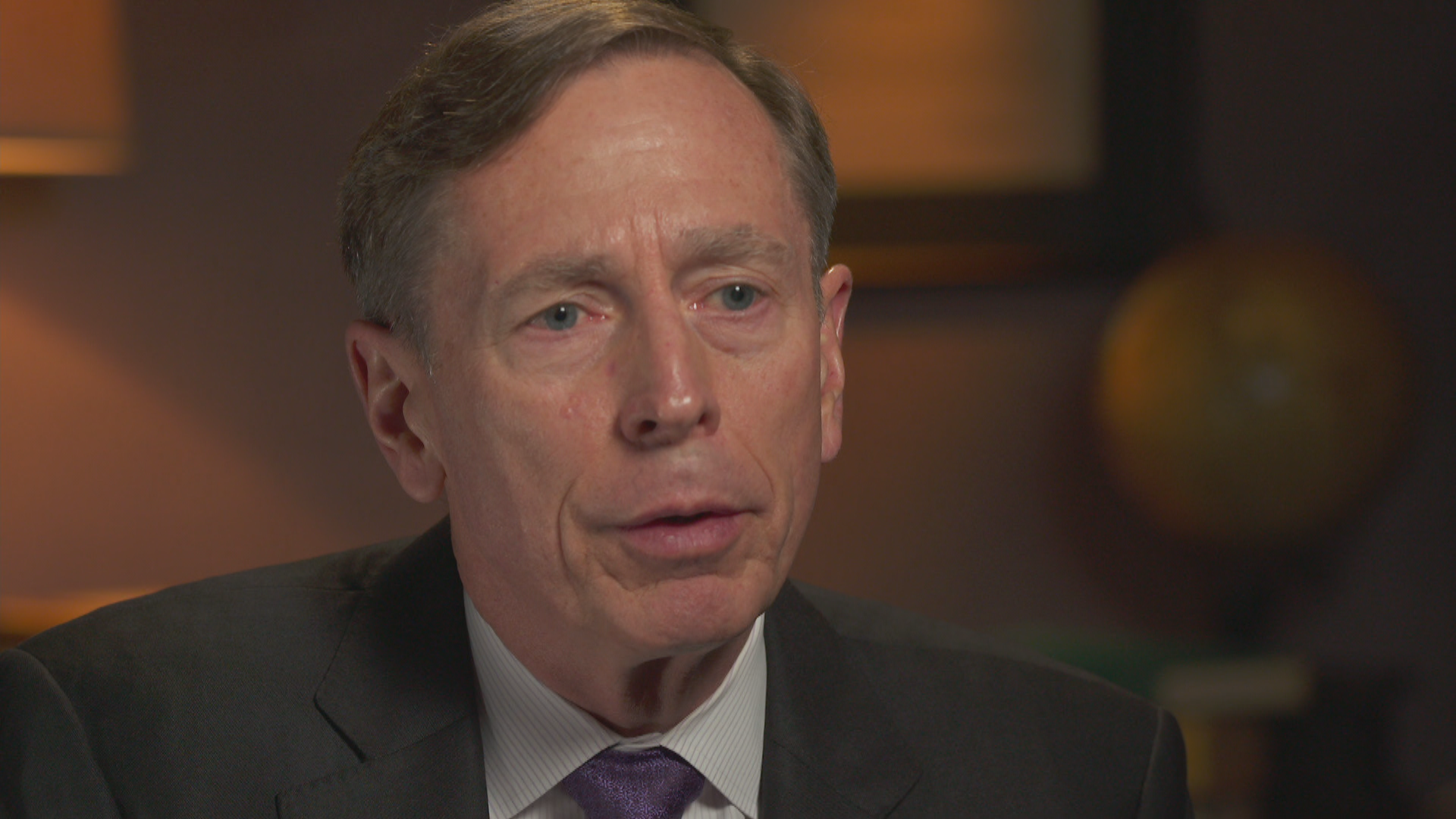 "Day One" is a multi-part series in which CBS News' Margaret Brennan speaks with former U.S. government officials on the major foreign policy issues the next president will inherit on the first day of their presidency.

The next president will face countless challenges as soon as he or she takes office. Among the biggest are the fight against ISIS, and unrest in Iraq. CBS News' Margaret Brennan spoke with retired general and former CIA director David Petraeus about the dangers of Iraq -- on day one.

MARGARET BRENNAN: What concerns you the most about Iraq right now?

DAVID PETRAEUS: Iraqi politics. We'll defeat the Islamic State. That's going to happen. Its just a question of how long it takes. But it's Iraqi politics that have to become more inclusive if you're to cement the gains on the battlefield and to bring the Sunni Arabs back into the fabric of Iraqi society, which is critical to the way forward for that country.

BRENNAN: When the next president takes office, what's the best-case scenario that he or she will face in Iraq?

PETRAEUS: The best-case scenario would be one in which the Islamic State has been defeated on the battlefield, and it's terrorist cells have been reduced dramatically, and even the residual guerillas, insurgents, are on the run. Then most importantly that politics in Baghdad have been sufficiently inclusive to that the Sunni Arabs of Iraq once again feel a stake in the success of the new Iraq rather than the its failure.

BRENNAN: What's the worst-case scenario for the U.S.?

PETRAEUS: The worst-case scenario for the U.S. is if the situation goes seriously south for some reason. And all of a sudden we find ourselves having to really augment our forces, and perhaps even get them more into the actual fighting to forestall the possibility of a collapse of Iraq and perhaps the resumption of the kind of very near civil war that we saw back in 2006. So the full on civil war would be, I think, the worst-case scenario, which could happen by the way, even if the Islamic State is defeated. As I think is going to happen.

BRENNAN: How thin is that line between success and failure?

PETRAEUS: The line between success and failure is all about Baghdad politics. That's where this will all play out. And this is all about whether the prime minister -- who has stated the need for inclusive politics, for bringing the Sunni Arabs back into the fold, for giving incentives to the Sunnis to support the new Iraq -- the question is whether he can prevail.

BRENNAN: Now, Iraq has troubled so many presidents now. Why is it important that the next one not just walk away?

PETRAEUS: Well Iraq is important to our national interests. It is Gulf oil and gas that still very largely fuels the economies of some of our biggest trading partners. Beyond that, a collapse there as we've seen in the situation in Syria, unfortunately doesn't play by Las Vegas rules. What happens in the Middle East doesn't stay in the Middle East. It tends to spew elsewhere. And we've seen what's happened because of this tsunami of refugees in Europe, which has caused the greatest domestic political challenges for Europe in many decades.

BRENNAN: For the next president, will they have to speak to the American public and talk about Americans dying in combat in Iraq once again?

PETRAEUS: I fear that that probably is the case, that future presidents will, on their watch, have Americans dying in places like Iraq. I think the future president realizes and the country realizes, this is going to be an ultra-marathon, not a sprint. This is really a generational struggle. And so it's not just this president who will be engaged in this or even just the next president. It is probably several presidents to come.

Here's where the candidates stand: