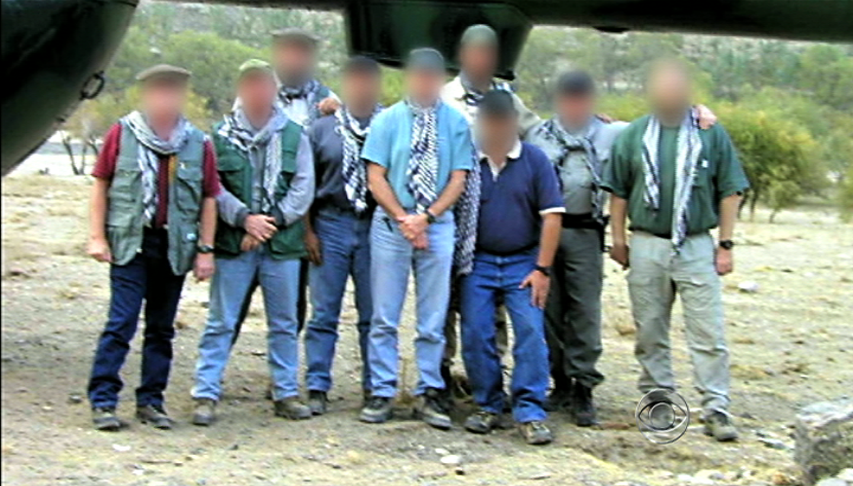 On Oct. 7, 2001, the U.S. military began bombing targets in Afghanistan in retaliation for the Sept. 11th attacks. At the time, few knew that an elite American covert team had already flown to Afghanistan to destroy al Qaeda and topple the Taliban.

By the time bombing started, Schroen had been on the ground for nearly two weeks - one last mission for a 59-year-old man who on 9/11 had been filling out his retirement papers.

"Everybody in the United States wanted to be the first person to go after bin Laden and get this hunt going, and they had given me that role," Schroen remembered.

Schroen, who had spent 32 years as a covert operator, was to lead a small team of Americans. The CIA's chief of counterterrorism gave him explicit orders to kill.

"'I want you to cut bin Laden's head off, put it on dry ice and send it back to me so I can show the president,'" Schroen told Martin, remembering the order.

Eviction moratorium not set to be extended

Asked if his boss was serious, Schroen said, "Yeah, I think so."

CIA pilots flew the team, codenamed "Jawbreaker," in a Russian helicopter over a 14,000 foot pass into northern Afghanistan. They were armed with a small fortune.

"We had $3 million in cash in hundred dollar bills that were non-sequential and shrink wrapped in hundred thousand dollar bundles," Schroen remembered. The bundle of cash weighed about 50 pounds.

"The military said it was too dangerous to send their personnel in and so we went by ourselves," Schroen told Martin.

The CIA and military now work closely together in operations like the bin Laden raid. It wasn't like that at the beginning.

"The whole U.S. military was caught flat footed. I don't think that anyone had ever raised the issue how do we go into Afghanistan," Schroen said.

The CIA team linked up with fighters from the Northern Alliance who were trying to break through Taliban front lines and head for Kabul. They couldn't do it without U.S. air strikes.

Asked who was directing the bombing, Schroen said, "Nobody was calling the shots. It was almost useless bombing because we weren't really impacting the front lines, which is where the Taliban fighters were hunkered down."

It took another two weeks for American special forces to arrive with laser devices to pinpoint the targets and the bombing finally began shifting to the front lines.

Once it did, Schroen said, "Our guys were listening to the radios and the panic, the screaming, the shouting as bunkers down the line were going up from 2,000 pound bombs, I mean, they were just simply devastated, and they broke."

Kabul fell to the Northern Alliance within a week. By then Schroen had spent $5.2 million - which turned out to be just the first down payment on a war which has now cost some $450 billion.