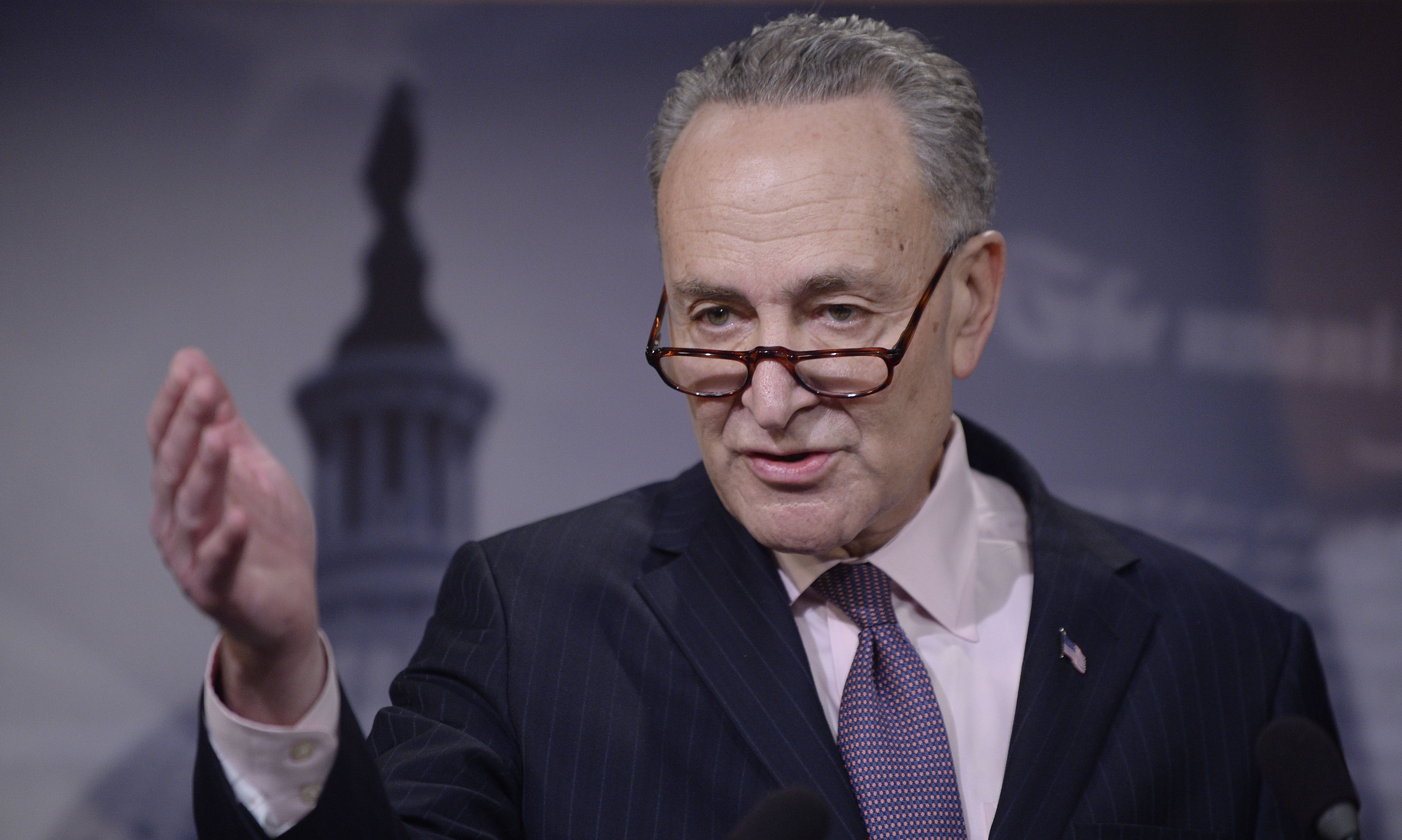 Minority Leader Chuck Schumer lost two in his caucus Thursday when Democratic Sens. Joe Manchin of West Virginia and Heidi Heitkamp of North Dakota said they would vote for the Colorado jurist. But Schumer still appears to be on track to amass enough Democratic votes to block the nomination, which could prompt Republicans to change Senate rules so that Gorsuch could be confirmed.

Schumer, of New York, had tough words for his Republican counterpart, Majority Leader Mitch McConnell of Kentucky, in an interview with The Associated Press.

“He’s bound and determined to change the rules and trample on Senate tradition” to get a conservative nominee approved, Schumer said of McConnell. “Let the public judge whether that is a good thing.”

Manchin and Heitkamp join all 52 Senate Republicans, who argue the Denver-based federal appeals court judge is impeccably qualified to succeed the late Justice Antonin Scalia on the high court. Republicans accuse Democrats, and Schumer in particular, of playing politics by opposing Gorsuch.

The Senate confirmation vote is expected late next week. Unless 60 senators support Gorsuch - which would require six more Democrats to join Heitkamp and Manchin - Republicans would have to unilaterally change Senate rules to allow Gorsuch to be confirmed with a simple majority vote in the 100-member Senate.

That scenario is looking increasingly inevitable, even though it is known on Capitol Hill as the “nuclear option” because it would amount to a dramatic departure from Senate norms of bipartisanship and collegiality. Although McConnell has yet to formally announce plans to take the step, Republican senators fully expect it and are prepared, even if regretful.

Schumer conducted back-to-back interviews with several major news outlets Thursday to argue that it will be the fault of Republicans, not Democrats, if the rules change happens.

“Senate Republicans are acting like if Gorsuch doesn’t get 60 votes they have no choice but to change the rules,” Schumer said. “That is bunk.” He claimed that Trump should produce a more mainstream nominee instead.

As for Manchin and Heitkamp, Schumr said: “I’ve made my arguments to every member including them and each member is going to make his or her own decision.”

In his statement, Manchin said: “I hold no illusions that I will agree with every decision Judge Gorsuch may issue in the future, but I have not found any reasons why this jurist should not be a Supreme Court Justice.”

Heitkamp said she expects Gorsuch to follow through on his promise of an independent judiciary that “acts as a proper check and balance on the other two branches of government.”

In all, 34 Democrats have said so far that they definitely will oppose Gorsuch.

Also Thursday, Missouri Democratic Sen. Claire McCaskill, who says she is torn over how to vote, highlighted the dilemma for Democratic senators running next year in states that Trump won in last November’s presidential election.

Should they vote for Gorsuch and anger their liberal base? Or vote to block Gorsuch and prompt Republicans to permanently change Senate rules to eliminate the filibuster?

“It is obviously a really difficult situation,” McCaskill told reporters.

McCaskill’s comments came after The Kansas City Star released audio of her talking to donors over the weekend. In the recording, which the Missouri Republican Party gave to the newspaper, McCaskill says the decision is difficult because if the filibuster is eliminated, Trump could nominate another justice without having to compromise with Democrats, and “all of a sudden, the things I fought for with scars on my back to show for it in this state are in jeopardy.”

If confirmed, Gorsuch would replace Scalia, who died in February 2016. But if one of the more liberal justices dies or retires, Trump’s next pick could fundamentally alter the balance of the court. Justice Ruth Bader Ginsburg is 84 and fellow liberal Justice Stephen Breyer is 78. Justice Anthony Kennedy, the pivotal vote closest to the court’s center, is 80.

Changing Senate rules would not be unprecedented. In 2013, Democrats were in the majority under the leadership of Sen. Harry Reid of Nevada and upset about the blockage of President Barack Obama’s nominees to a powerful appellate court. The Democrats pushed through a rules change lowering the vote threshold on all nominees except for the Supreme Court from 60 to a simple majority.

Schumer conceded Thursday that “We made one mistake, we shouldn’t have changed the rules for lower court judges ... but we never did it for Supreme Court. This is a much bigger mistake on their behalf.”

And he defended Democratic plans to filibuster Gorsuch, even though that step has very rarely been used against Supreme Court nominees. Schumer pointed to the treatment last year of Merrick Garland, Obama’s Supreme Court nominee, who never got a hearing as McConnell led a Republican blockade.

“Judge Garland didn’t even get the opportunity to be filibustered, so let’s not say this is unprecedented,” Schumer said.