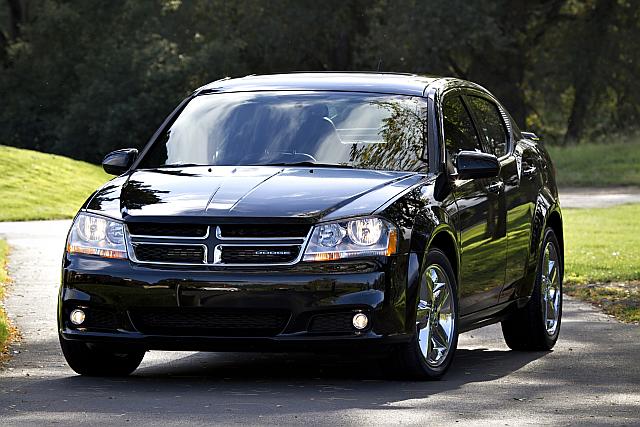 (MoneyWatch) Chrysler's renaissance continues. The automaker said Tuesday today its September sales rose 12 percent over the year-ago period, its strongest performance for the month since 2007.

Midsize sedan Chrysler 200 and the sporty Dodge Avenger led the gains, with Avenger sales up 89 percent over a year earlier. Other models continuing strong 2012 sales included the SUV Jeep Grand Cherokee, up 19 percent, and the minivan Dodge Grand Caravan, up 32 percent.

"Going forward with our current product line up, record low interest rates and a stable U.S. economy, we remain optimistic about the health of the U.S. new vehicle sales industry and our position in it," said Reid Bigland, head of U.S. sales, in a statement.

With all the big automakers reporting their financial results later today, analysts expect car sales to increase by at least 8 percent over September 2011, continuing the steady growth for a recovering industry. Much of that growth comes from pent-up demand for new vehicles. The average car on U.S. roads is about 11-years-old, notes Kelley Blue Book senior market analyst Alec Gutierrez.

Overall projections for the other Detroit car manufacturers are for small gains. General Motors (GM) sales are expected to rise 4 percent over a year earlier and Ford (F) 1.6 percent, according to Kelley. But pickup sales should rise sharply for both companies, boosted by large rebates and other incentives. The companies have been concerned about high pickup inventories, Gutierrez says. For instance, the Chevrolet Silverado offers a rebate of up to $3,500 and the Ford F-150 up to $5,500.

GM is likely to maintain its market share lead, with about 18 percent. Ford should preserve its No. 2 position with roughly 15 percent of the market, according to projections by TrueCar.com. Market share figures for both companies are down about one percentage point from a year earlier.

GM and Ford results last month, while not as dramatic as Chrysler, VW or Toyota are part of a general resurgence in the auto sector that analysts estimate will lift sales this year to 14.5 million, compared with 12.8 million in 2011

As in August, two of the the biggest September sales gains are projected for Toyota, which is forecast to see a 34 percent increase, and for Honda (22 percent). That trend would continue the automakers' rebound from last year's low inventories resulting from the Japanese earthquake. Forecasters also believe Volkswagen will continue its strong run this year, projecting a nearly 30 percent gain over last September.