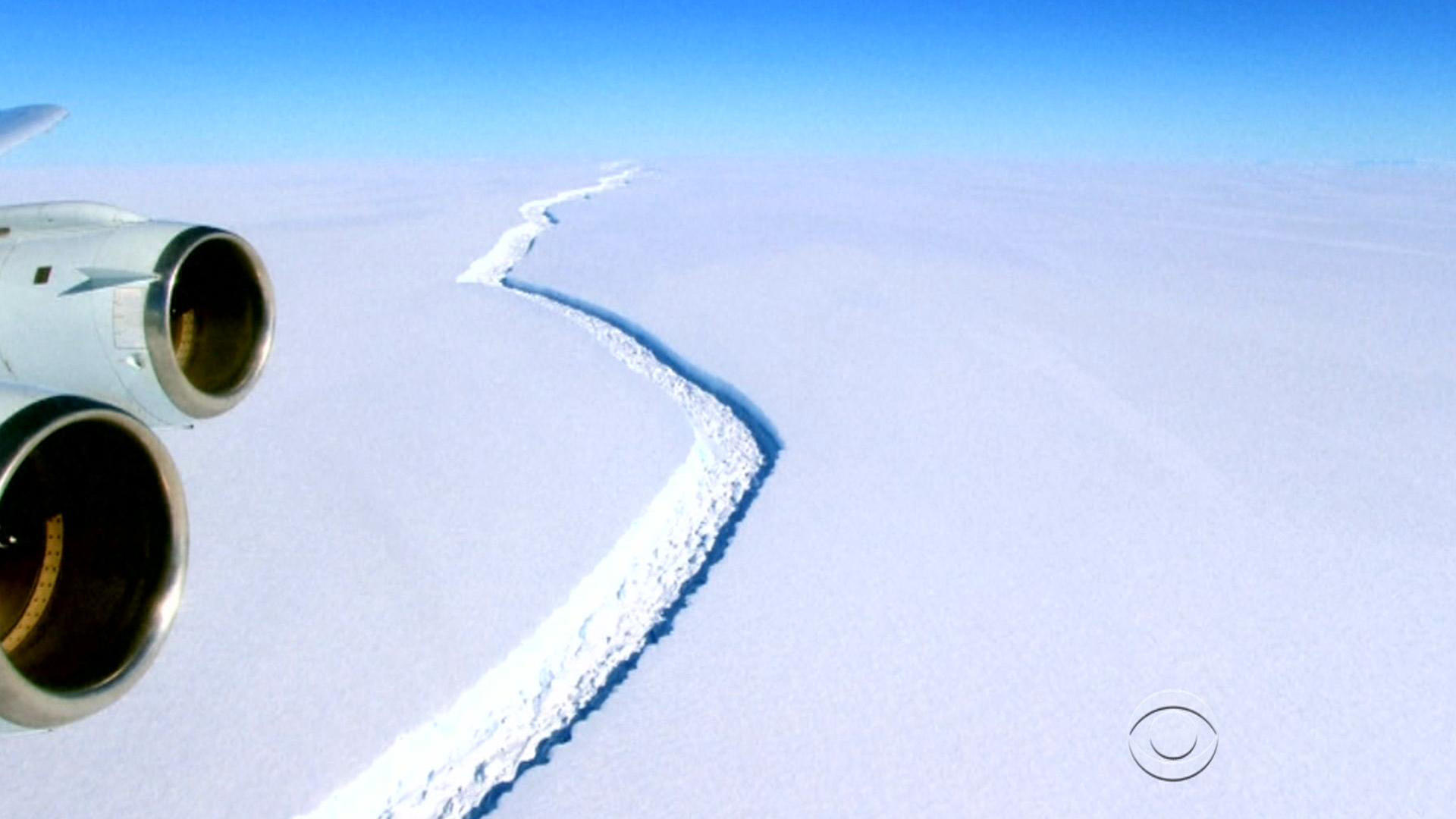 LONDON -- One of the world's largest icebergs has broken away from a tremendous ice sheet in Antarctica. It was hanging on by a thread for months, and finally, the chunk of ice the size of Delaware snapped off.

At more than 2,200 square miles, the massive fracture certainly looks dramatic, but scientists are not pressing the panic button just yet.

Glaciologist David Vaughan says it's all part of regular housekeeping in the Antarctic, but may provide scientific clues long term.

"The question is whether this is the beginning of a retreat of this ice shelf that may eventually be linked to climate change," Vaughan said.

An ice shelf is a permanent floating sheet of ice attached to land. An iceberg will snap off every few decades. But the ice shelf usually grows again as it gains new ice from land. The warmer temperatures have seen some ice shelves retreat to such a point that they are unable to regenerate. Scientists will now be able to determine if this is one such case.

"We will take sediment samples from beneath the ice shelf that will tell us how often this kind of event has occurred in the past," Vaughan said.

One more immediate concern, however, is that without an ice shelf to hold it back, the glacial ice behind it will flow into the sea and contribute to driving sea levels up more quickly than predicted for this century.