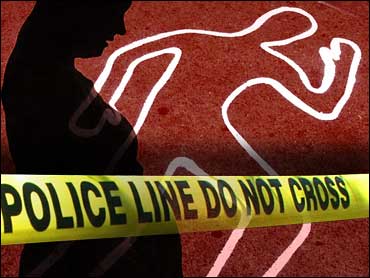 (CBS)
SAN JUAN, Texas (CBS/AP) Police in south Texas found a horror under the Christmas tree of Ruby Lee Medina and Javier Gonzalez - the remains of an aborted 7-month-old fetus stuffed neatly inside a gift box.

Medina, 31, and Gonzalez, 37, of Mission, have been charged with abuse of a corpse and tampering with evidence.

Police found the fetus inside the woman's trailer home Thursday after getting an anonymous tip, according to San Juan Police Chief Juan Gonzalez.

Autopsy results are pending, but Gonzalez said police believe the woman used pills to induce an abortion last Thursday, then called an ambulance after she began bleeding and told doctors she did not know where the fetus was.

The police chief said the couple tried to flush the fetus down the toilet, but failed to do so.

"Apparently they cleaned up the fetus and they placed it inside a gift box under the Christmas tree," the police chief said.