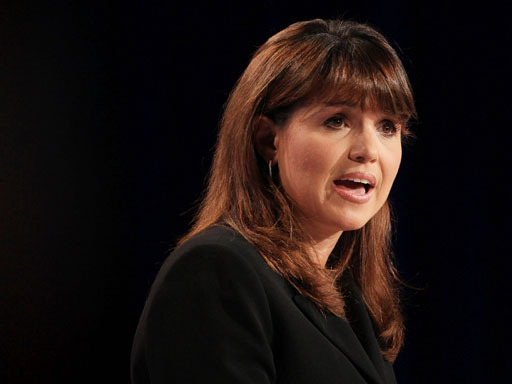 Delaware GOP Senate Candidate Christine O'Donnell said during a 2006 debate that China had a "carefully thought out and strategic plan to take over America," the Associated Press reports.

She added that she had classified information to support her claim.

When one of O'Donnell's Republican opponents suggested during the primary debate that the U.S. and China should be allies because of their economic interdependency, according to the AP, O'Donnell replied "that doesn't work."

She continued: "There's much I want to say. I wish I wasn't privy to some of the classified information that I am privy to."

Challenged on the notion that she had classified information, O'Donnell reportedly said she had gotten it through nonprofit groups she had worked with that sent missionaries to China.

"A country that forces women to have abortions and mandates that you can only have one child and will not allow you the freedom to read the Bible, you think they can be our friend?" O'Donnell added during the debate. "We have to look at our history and realize that if they pretend to be our friend it's because they've got something up their sleeve."

Representatives for O'Donnell did not immediately respond to a CBS News request for comment.

O'Donnell, a Tea Party-backed candidate who upset a moderate Republican Rep. Mike Castle in the primary, has made news for a series of controversial comments, including that she once "dabbled in witchcraft." Polls show her trailing Democrat Chris Coons in the general election race.