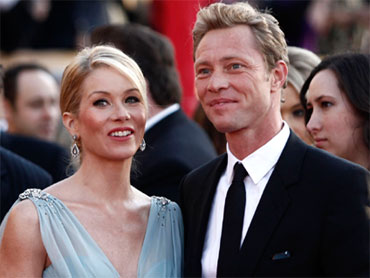 The "Samantha Who?" star, 38, and Dutch bass player Lenoble, 41, are expecting their first child, her rep told People magazine Wednesday.

The couple got engaged this past Valentine's Day, after two years of dating. It will be the second marriage for both.

"I'm very grateful to Martyn for coming along at a time that he did because he's been my rock through all of this," Applegate told the magazine last year. "He gave me something to really want to live for and something to smile about."