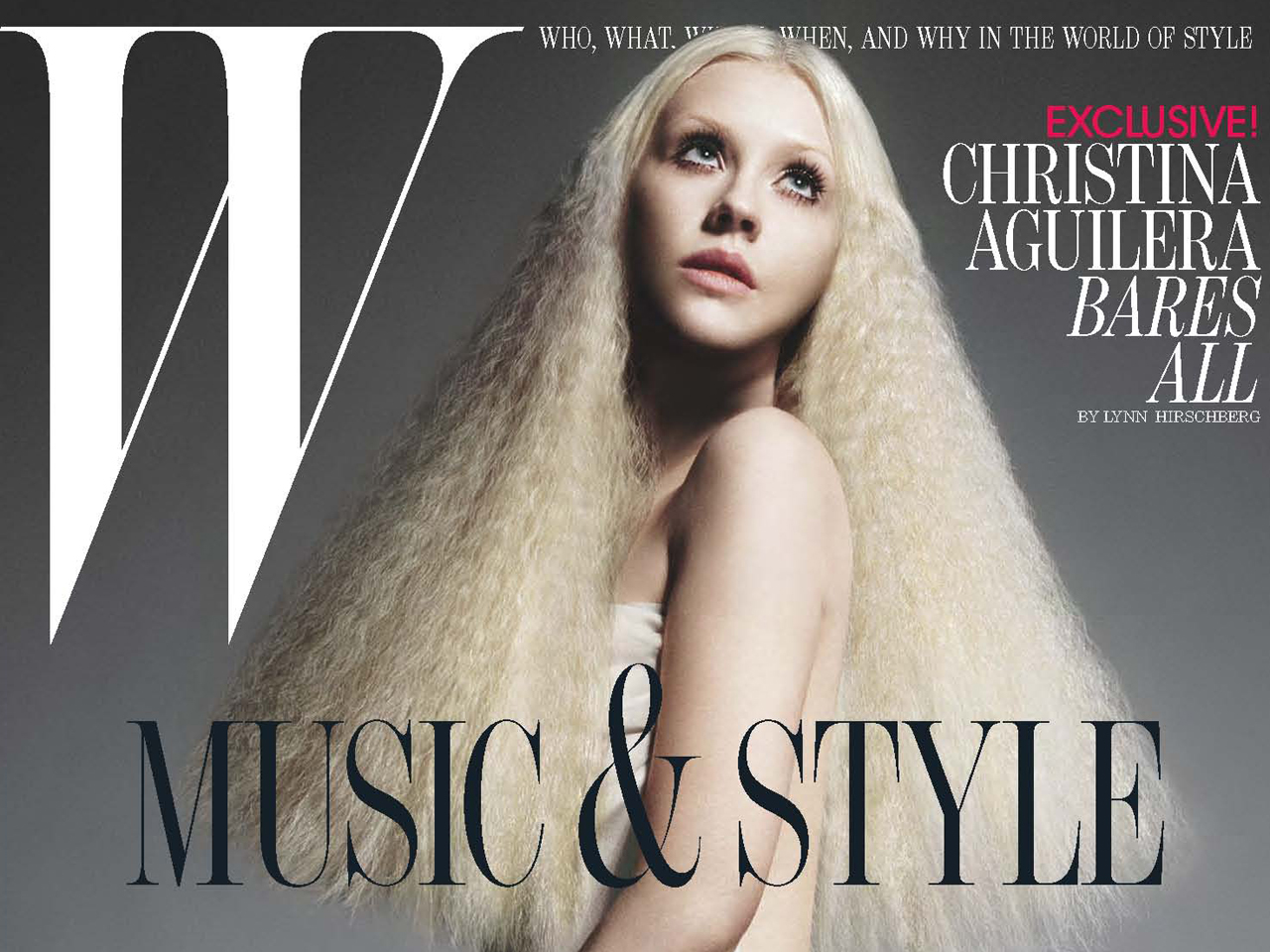 (CBS) Christina Aguilera is baring all (well, almost all) on the cover of W magazine.

The singer and "The Voice" judge posed for the cover of the July "Music & Style" issue wearing nothing but a white cloth and holding a bouquet of roses.

Inside the magazine, Aguilera explained that her divorce from Jordan Bratman was the best thing for their son, Max.

"It got to a point where our life at home was reminding me of my own childhood. I will not have my son grow up in a tension-filled home," she said. "I knew there would be a negative reaction in the press to my divorce, but I am not going to live my life because of something someone might say. That goes against everything I sing on my records. I have to be myself."

"At one time or another, we were both not angels," she admitted in the interview, hinting at infidelity on both sides.

Aguilera also discussed her arrest for public intoxication back in March.

"The police knew my recent history and wanted to jump on the bandwagon," she said of the incident. "I don't mean to martyr myself, but I think I was a victim of celebrity. I don't drive, I wasn't driving, and I committed no crimes, but they put me in jail. They called me a 'political hot potato.' They said, 'What are we going to do with this woman?' I think they were bored that night."

But despite the arrest and other recent embarrassments (flubbing the national anthem at the Super Bowl, falling during a Grammy Awards performance), Aguilera says she is resilient.

"I would never go down without a fight," she told the magazine. "I still have my eyes on the prize: I want to be that old lady onstage shaking her hips and singing her greatest hits."

Aguilera is splitting the July cover with fellow singing star Beyonce. Both covers are available on newsstands.