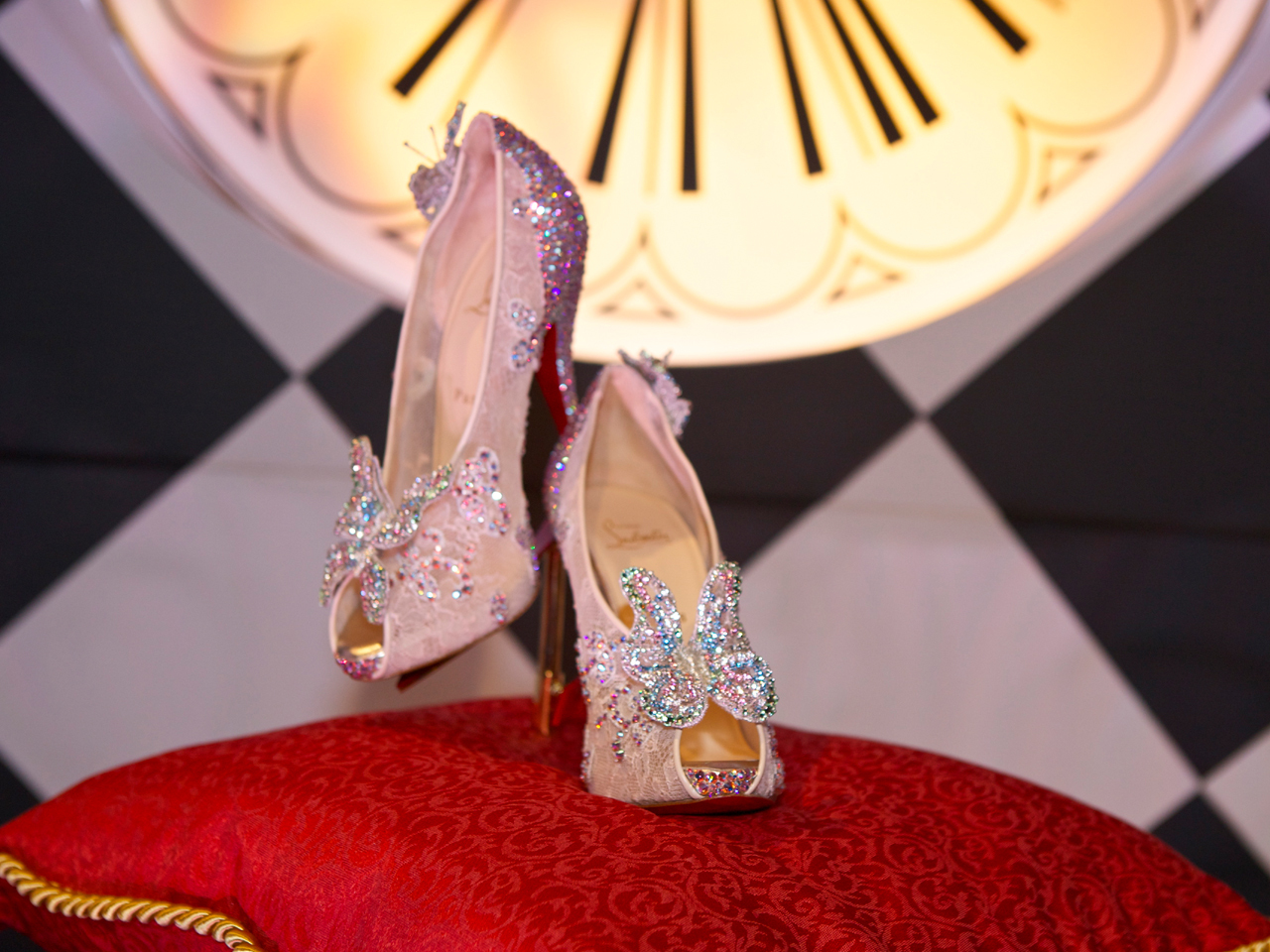 The shoe designer teamed up with Disney to create a modern-day version of Cinderella's glass slippers, which were unveiled in Paris on Wednesday. (See another photo below.)

Disney invited Louboutin to re-imagine the famous slipper in honor of the release of "Cinderella" on Blu-Ray this fall.

"Cinderella is not only an iconic character when it comes to beauty, grace and fairytale love, but also shoes," the designer said in a statement. "Her character and her story dictated the design to me, it was all there in the pages and the words of this tale."

There's no glass in this modern-day version of the shoe - Louboutin's design is made of white lace adorned with crystals and sparkling butterflies.

Just 20 pairs of the Cinderella shoes will be produced, Disney announced Wednesday. According to USA Today, the pairs will be given away worldwide this fall, and Disney and Louboutin will release details on the giveaway next month.

Tell us: What do you think of Louboutin's Cinderella-inspired shoe?