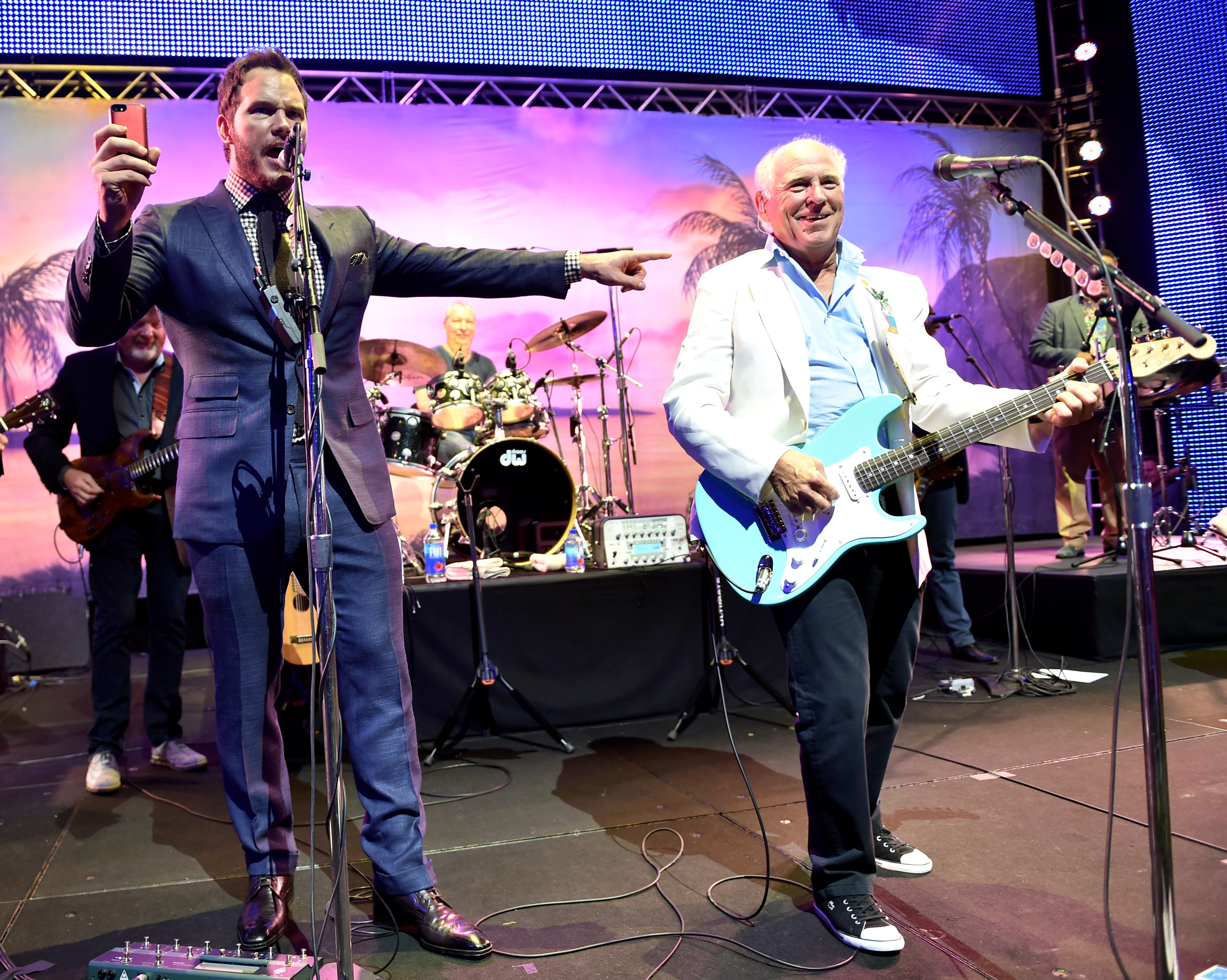 Who knew "Margaritaville" was a pit stop on the way to "Jurassic World"?

Chris Pratt joined Jimmy Buffett on stage Tuesday night to perform the musician's classic hit during an after-party for the premiere of the summer blockbuster.

The actor's "Parks and Recreation" co-star Retta was among those who captured the moment on Instagram. As she put it, only Pratt "would get on stage at his premiere party to rock out" with Buffett.

Another attendee caught the performance on video, including a shout-out Pratt gave to his "Jurassic World" co-star Bryce Dallas Howard.

Earlier in the evening, Pratt's wife, Anna Faris, made her official Instagram debut with a snap with her husband and some pals. "Moments before [the "Jurassic World"] premiere- so thrilled! And my first Instagram! Please be gentle," she wrote.