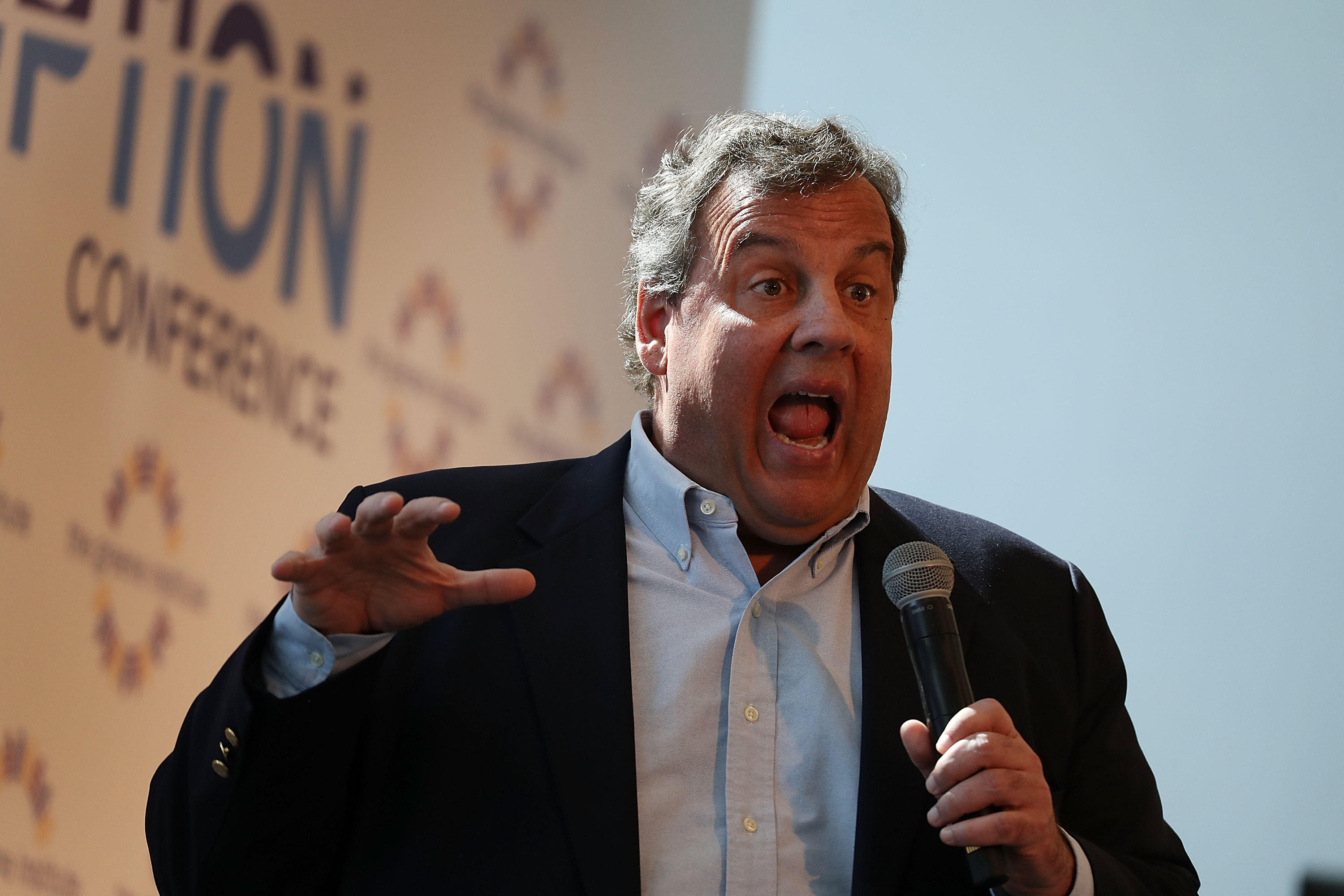 The term-limited Republican got into a parking lot dispute Tuesday with a resident after voting near his home in Mendham Township, New Jersey. While he was speaking to reporters, the woman asked him why he didn't merge Mendham Township and Mendham Borough.

Christie shot back by saying the easiest thing to do is "stand on the sidelines and critique." He told the woman "serving folks like" her is the "joy of public service."

"I understand. You're so frustrated. You know what? The easiest thing in the world is to stand where you stand, and stand on the sidelines, and critique," Christie said. "You want to merge Mendham Township and Mendham Borough? Run for the township committee in Mendham Township and be the voice to do it. No, I know: Because that's too hard. It's easier to sit here and complain."

"That's the joy of public service," Christie added. "It's serving folks like you that is really such a unique joy. It really is. You're fabulous."

Reporter Nick Corasaniti of The New York Times captured the exchange on video and posted it on Twitter:

Christie added that he thought the election was not a referendum on him.

"This is not an election about me, no matter what," Christie said. "I had my referendum. My referendum was four years ago. Everyone knew who I was. I am not much different today than I was then, except a little bit older and a little bit grayer. But other than that, I'm not a whole lot different than I was then. I got 61 percent of the vote four years ago, I'm happy to stand on that. I'll see if anyone beats that anytime soon."

Christie failed in a 2016 presidential bid and has abysmal approval ratings. He was criticized last summer for that was closed to the public during a budget stalemate. He's known to confront critics before: This summer, he confronted a Chicago Cubs fan after the beach incident.