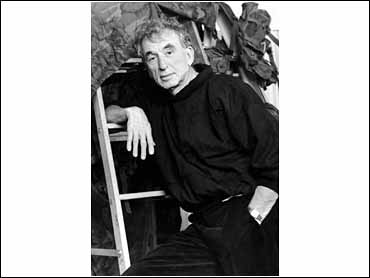 Herbert Ross, a choreographer and director who worked on films including "Funny Girl" with Barbra Streisand and "Steel Magnolias" with Julia Roberts, died Tuesday. He was 74.

The cause of death was not immediately released. He had been hospitalized for the past three months, according to Barbara Wrede, media relations manager for Lenox Hill Hospital.

Ross began his career as a dancer and started choreographing Broadway shows in the early 1950s. He was soon directing musical sequences and choreographed his first film, "Carmen Jones," with Dorothy Dandridge, in 1954.

In the 1970s, Ross directed Woody Allen's "Play it Again Sam" and was a frequent collaborator with playwright Neil Simon. Ross directed five Simon scripts, including "The Sunshine Boys," in 1975 "California Suite," in 1978 and 1981's "I Ought to Be in Pictures."

Ross enjoyed critical and box-office success in the 1980s and 90s with "Pennies From Heaven," "Soapdish," and "Boys on the Side."

In 1977, Ross returned to his dancing roots with his acclaimed study of the ballet world, "The Turning Point," with Anne Bancroft, Shirley MacLaine, and Mikhail Baryshnikov. The film earned numerous Academy Award nominations, including Best Director and Best Picture.

In 1989, he married Lee Radziwill, the sister of former first lady Jacqueline Kennedy Onassis. They divorced in 1999.

Some of Ross' other credits include "The Secret of My Success," "The Owl and The Pussycat," "Footloose," "The Sunshine Boys," and "The Goodbye Girl."

The son of a postal clerk, Ross was born May 13, 1927 in Brooklyn. After his mother died, when Ross was 9, the family moved to Miami where his father opened a luncheonette. A chance appearance in a walk-on role with a roadshow company of Ballet Theatre when he was 15 put Ross on his career path.

"I've never been to a shrink, so I can't explain my compulsion on psychological grounds," he said in a 1978 interview with The New York Times Magazine. "The idea just suddenly popped into my head and took over."

By Rik Stevens © MMI The Associated Press. All Rights Reserved. This material may not be published, broadcast, rewritten, or redistributed