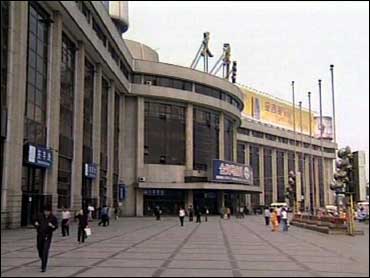 A former prosecutor in northern China has been sentenced to death for taking bribes and embezzling funds totaling $2.66 million, a court official said Thursday.

The trial in the prosperous port city of Tianjin is the latest in a string of high-profile corruption cases as the communist government tries to crack down on systemic graft it says threatens its grip on power.

Li Baojin was convicted Wednesday of taking bribes worth $760,000 from seven businesses between 1996 and 2006, when he was the chief prosecutor and deputy police chief in Tianjin, a Cangzhou Intermediate People's Court official said.

The official, who refused to give his name, said Li's sentence was suspended for two years. That means the death sentence will be commuted to life imprisonment if he shows good behavior for the next two years.

The official Xinhua News Agency said Li "took the bribes to seek illegal benefits for others." It did not give details.

It said Li was also convicted of misappropriating $1.9 million; from the Tianjin prosecutor's office.

Xinhua also reported Thursday that two officials with China's state-run lottery were sentenced to prison for accepting bribes from a company that wanted to supply paper for tickets.

Zhang Weihua, the former vice chief of China's Sports Lottery Administration Center, was given a 10½-year term for accepting about $20,000 and a mobile phone worth $1,000.

Liu Feng, an official in charge of lottery ticket printing, was sentenced to four years for taking more than $10,000.

The pair reportedly returned the bribes in 2005, more than a year after they took them, because they were afraid of being caught during an annual government audit, Xinhua said.

The Communist Party has been tainted by corruption scandals.