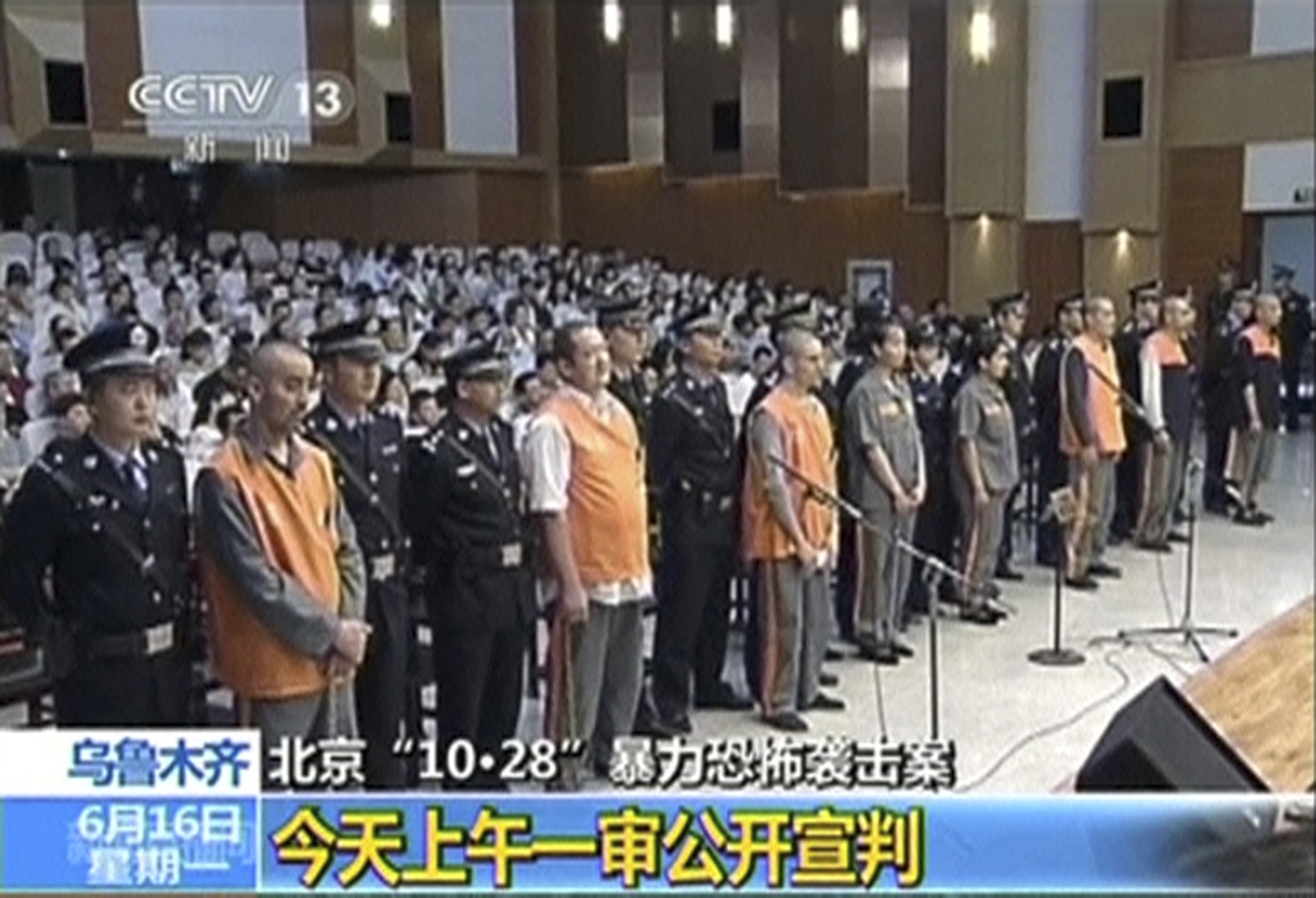 The three were accused of providing funds to carry out the Oct. 28 attack, in which a car plowed through tourists and ended up in a fiery crash in the heart of Beijing, killing two bystanders and the three attackers.

A court in the Xinjiang regional capital of Urumqi sentenced the three to death, the official Xinhua News Agency said. Five other people were given prison sentences, with four receiving terms of five to 20 years and one getting a life sentence.

Xinhua said they had travelled to Beijing on Oct. 7, 2013, to deliver money to buy a jeep, gasoline, knives and other materials related to the attack.

The eight were arrested within days of the incident. A Chinese visitor and a tourist from the Philippines were killed in the attack, along with the vehicle's driver, his wife and mother-in-law, according to Chinese authorities.

The attack was the first to strike Beijing in recent years. It pointed to a new level of violence and lethal intent in the long-simmering insurgency against Chinese rule in the far northwestern region of Xinjiang waged by radicals among the native Turkic Uighur Muslim population.

The Tiananmen Gate attack was followed by similar incidents in Xinjiang, including one on May 22 in which men driving off-road vehicles and throwing explosives plowed through a crowded market in Urumqi, killing 39 people. Police said four suspects were killed at the scene and a fifth was caught that evening in an area about 150 miles south of Urumqi.

Beijing says unrest among Uighurs is caused by extremist groups with ties to Islamic terror groups abroad, but has shown little direct evidence.

Uighur activists say public resentment against Beijing is fueled by an influx of settlers from China's Han ethnic majority, economic disenfranchisement and onerous restrictions on Uighur religious and cultural practices.