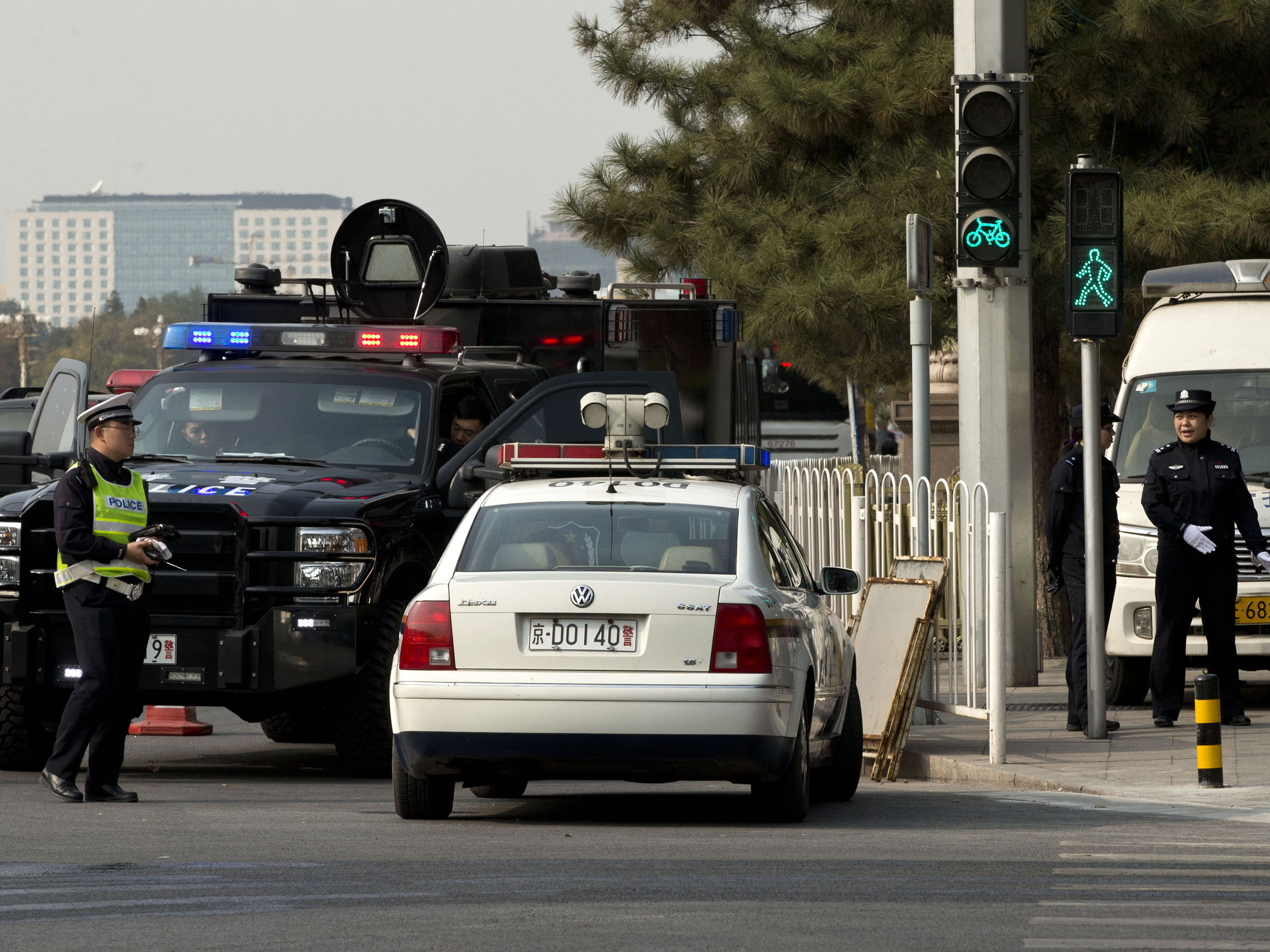 BEIJING Police announced the arrests Wednesday of five people in connection with this week's suicide car crash in the heart of China's capital, calling it a planned terror attack - Beijing's first in recent history - and identifying the attackers as members of a Muslim minority.

Police said the five suspects were detained the same day as the Monday noon attack at the Forbidden City gate across from Tiananmen Square, in the culturally and politically sensitive section of Beijing where China's Communist Party leaders live and work.

A statement on the Beijing police microblog said the perpetrators had also been identified as a man with an ethnic Uighur name, his wife and his mother. The five suspects arrested on suspicion of conspiring in the attack were also identified with typically Uighur names.

All three perpetrators died when their vehicle exploded beneath the portrait of Mao Zedong hanging from Tiananmen Gate. Two tourists, including a Filipino woman, were killed by the vehicle as it sped down a crowded sidewalk.

Knives, iron rods, gasoline and a flag imprinted with religious slogans were found in the vehicle, police said.

Uighurs are Muslim Turks native to the restive northwestern region of Xinjiang where extremists have been battling security forces for years.

The statement said the five detained had helped plan and execute the attack, and were caught 10 hours after it was carried out. It said they had been on the run and were tracked down with the help of police in Xinjiang and elsewhere. It didn't say where they were captured, but said police had found jihadi flags and long knives inside their temporary lodgings.

"The initial understanding of the police is that the Oct. 28 incident is a case of a violent terrorist attack that was carefully planned, organized and plotted," the statement said.