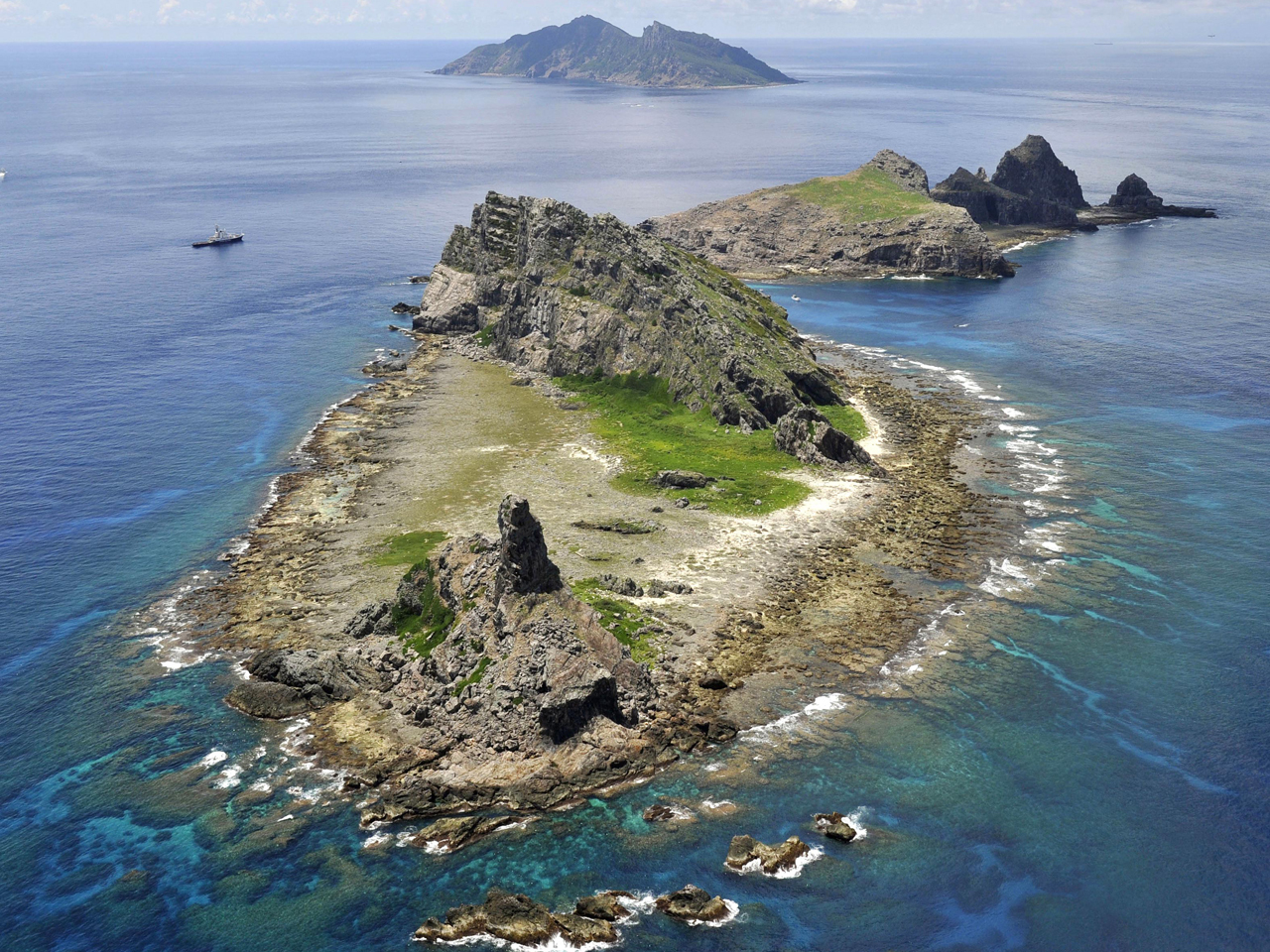 (AP) BEIJING — A territorial flare-up between China and Japan intensified Tuesday as Beijing sent patrol ships near disputed East China Sea islands in a show of anger over Tokyo's purchase of the largely barren outcroppings from their private owners.

The arrival of the two patrol ships of the China Marine Surveillance off the islands was meant to assert China's claims, said the Chinese government's official news agency, Xinhua.

The marine agency is a paramilitary force whose ships are often lightly armed, and Xinhua said it had drawn up a plan to safeguard China's sovereignty of the islands.

The rocky islands, known as Senkaku to Japanese and Diaoyu to Chinese, have been the focus of recurring spats between the two countries, and also are claimed by Taiwan. The dispute has been heating up in recent months, in part because the nationalist governor of Tokyo had proposed buying the islands and developing them.

Japan's central government announced its own deal this week with the Japanese family it recognizes as the owner. Chief Cabinet Secretary Osamu Fujimura told reporters the government budgeted 2.05 billion yen ($26 million) for the purchase "to maintain the Senkakus peacefully and stably."

Public broadcaster NHK said the government and the family signed a deal Tuesday.

The government does not plan to develop the islands. Experts in Japan said the move was meant to block the Tokyo governor's plan, which could have raised tensions further.

Beijing, however, responded with fury, with Premier Wen Jiabao among those warning that China would never back off its claims.

China's Foreign Ministry said Monday in a statement, "If Japan insists on going its own way, it will bear all the serious consequences that follow."

Japan has controlled the islands for the past 40 years, after the U.S. relinquished its post-World War II control. But Beijing sees the purchase as an affront to its claims and its past calls for negotiations.

Beijing's anger has been accompanied by heated reporting in China's state media. The tabloid Beijing Morning Post ran a full-page color photo of one of the islands with the headline: The Diaoyu Islands China's Territory. China on Tuesday also started broadcasting a daily marine weather report for the islands.

About a dozen protesters gathered outside the Japanese Embassy in Beijing, chanting, "Japan, get out of China." A car drove slowly toward the embassy's well-guarded gate but did not make a serious attempt to ram it and was stopped by uniformed and plainclothes police.

Taiwan's Foreign Ministry also lodged a strong protest to Japan on Tuesday. In a statement it called the island purchase an "extremely unfriendly move" that "not only harms the longtime cooperation between Taiwan and Japan but will also aggravate regional tensions in East Asia."