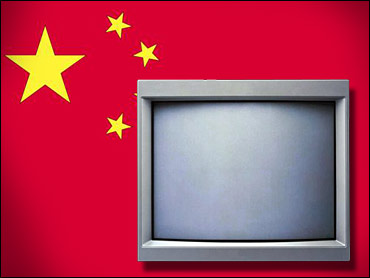 China's media regulators are tightening their control over television, ordering celebrities to steer away from faddish clothing and telling broadcasters to shun imported programming that doesn't fit China's "social system and national conditions."

Such edicts have been in place for a while. However, they weren't being obeyed by China's state-owned but increasingly freewheeling broadcasters, the Shanghai Daily and other newspapers reported Friday.

"Now the administration is exercising great efforts to get the new rule implemented," Xu Caihou, an official of the State Administration of Radio, Film and Television, was quoted as saying. Phone calls Friday to the agency weren't answered.

The crackdown on television content follows other media controls that have resulted in the detention of journalists and orders to broadcasters not to show too much crime or politically sensitive material.

Television personalities had been told to avoid "overfashionable or exposing clothing," the newspaper reports said. Bizarre styles and "overly colorful" hair dyes are out.

The government wants announcers to avoid mixing English words with Chinese and to stop imitating accents from Hong Kong and Taiwan, the reports said. Such accents from other Chinese-speaking regions vary greatly from the Beijing pronunciation that the communist government regards as the national standard.

Imported programs that promote "Western ideology and politics" are banned, the Shanghai Daily said. It didn't give details, but Chinese officials use that term to criticize topics ranging from human rights and democracy to individualism and consumerism.

Chinese publishers and broadcasters have been given growing freedom to make their own policies in hopes of making them financially self-supporting.

A growing number of channels are buying hundreds of hours of foreign programs a year to fill air time.

But that has alarmed officials whose want to maintain a wholesome tone on television, keeping out sex and violence.

Last month, regulators banned television programs about crime in prime time in order to promote a "healthy environment" for children.