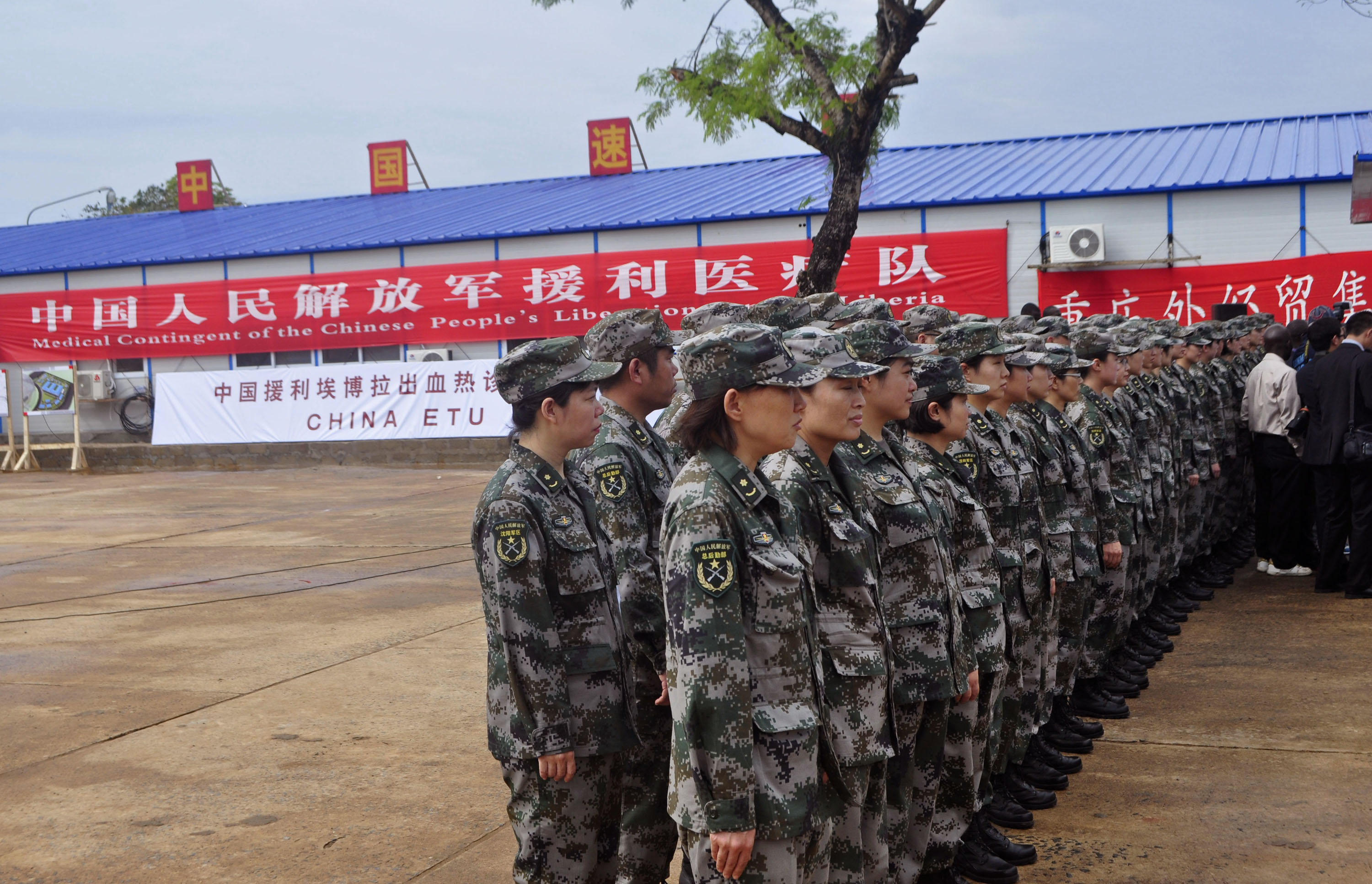 MONROVIA, Liberia - China, one of the first countries to send aid to battle Ebola in West Africa, ramped up the assistance significantly Tuesday by opening a 100-bed treatment center in Liberia as rows of uniformed Chinese army medics stood at attention.

"We want to commend China for this exceptional response," Sirleaf said.

The facility, which is air-conditioned and has digital document-keeping, will start accepting patients next week, Chinese Embassy officials said. The giant white building with a blue roof and red signs with Chinese characters on them was built in the parking lot of a stadium outside Monrovia, Liberia's capital.

China is Africa's largest trading partner and has especially close ties with Liberia, where many Chinese firms won contracts for post-war reconstruction projects. It has pledged $81 million in aid to West Africa to stem the Ebola outbreak and has also sent at least 200 medical staff and promised more.

While infection rates in Liberia appear to be stabilizing, they continue to rise in Sierra Leone. International Medical Corps said it will start accepting patients on Wednesday at a treatment center in one of the hardest-hit areas of that country.

"The crisis in Port Loko District is dire and getting worse," said Hussein Ibrahim, who directs the group's emergency response team in Sierra Leone.

Ebola has infected more than 15,000 people, the majority of them in Liberia, Sierra Leone and Guinea, and has taken an especially high toll on health workers. That has depleted the ranks of doctors and nurses in countries that had too few to begin with just when they needed them most.

Another Sierra Leonean doctor has contracted the disease, Abass Kamara, a Health Ministry spokesman, said Tuesday. Dr. Aiah Solomon Konoyeima, who works at a children's hospital in the capital, tested positive on Monday.

Because they are at such a high risk of infection - and have often worked without sufficient protective gear - health workers have frequently protested during the outbreak. On Monday, ambulance drivers and burial teams lined up Ebola corpses in body bags outside a hospital in Sierra Leone to protest delayed payment.

The bodies have since been brought back into the morgue, and Health Ministry spokesman Sidie Yahya Tunis said the workers have been paid but fired.