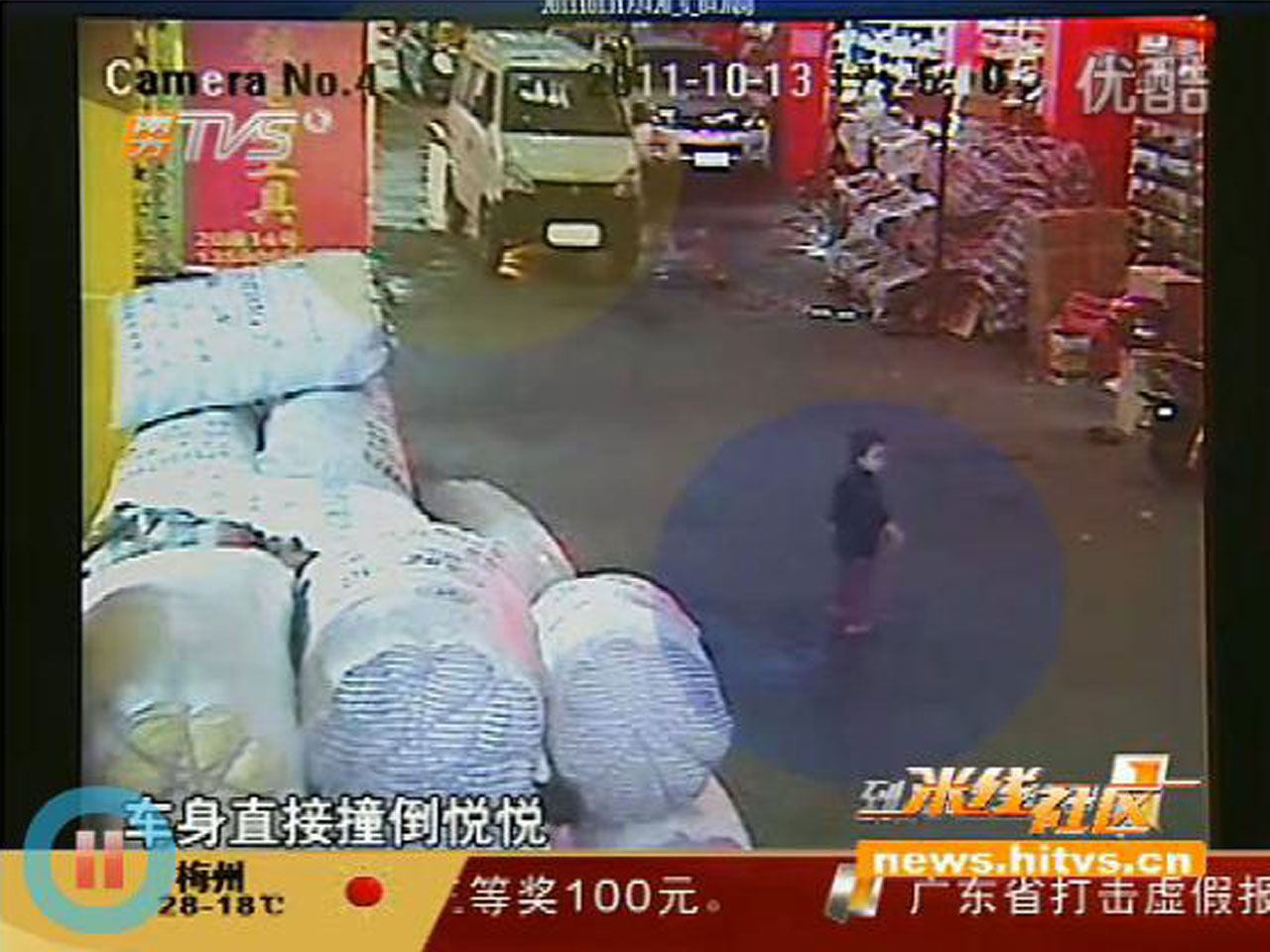 BEIJING - Police formally arrested two drivers suspected of running over a toddler who died a week after she was struck on a busy market street in southern China and was ignored by passers-by, newspapers reported Sunday.

The Beijing News and other outlets said Sunday police in the city of Foshan concluded their initial investigation and ordered the two men formally arrested, a step that almost always leads to a trial.

It did not say what they were being charged with and calls to Foshan police were unanswered.

The death of 2-year-old Wang Yue gained widespread coverage in the Chinese media and prompted soul-searching over declining morality and callousness toward the sufferings of others.

The accident on Oct. 13 was captured by gruesome security camera footage, leading to police identifying the vehicles.

For seven minutes after the first van struck the girl, 18 people walked or cycled by the bleeding toddler before a scrap picker scoops her up and takes her to her mother, who rushes into the street looking for her.