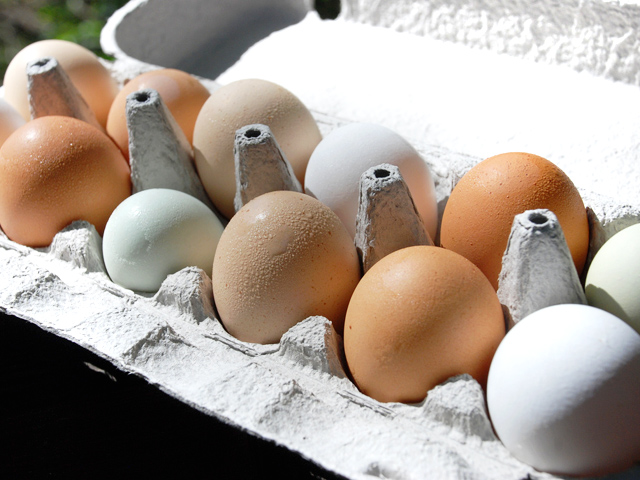 (CBS/AP) First peanuts, now eggs: Doctors have reversed allergies in some children and teens by giving them tiny daily doses of problem foods, gradually training their immune systems to accept them.

In the best test of this yet, about a dozen kids were able to overcome allergies to eggs, one of the most ubiquitous foods, lurking in everything from pasta and veggie burgers to mayonnaise and even marshmallows. Some of the same doctors used a similar approach on several kids with peanut allergies a few years ago.

For the study, published in the July 19 issue of the New England Journal of Medicine, researchers enrolled 55 children ages 5 to 18. Forty were given tiny daily amounts of powdered egg white, the part that usually causes the allergy. The other 15 were given cornstarch - a dummy or placebo treatment - for comparison. The amounts were increased every two weeks until kids in the treatment group were eating about one third of an egg each day.

They periodically went to their doctors to try eating eggs. They failed the test if a doctor could see any symptoms such as wheezing. At about a year, none receiving the dummy treatment passed the egg challenge. Those on the egg white powder fared better.

Next, he went a step further, to see if participants could maintain tolerance without the daily powder. Those who passed the second test stopped using the powder, avoided eggs entirely for four to six weeks, then tried eating eggs again as they wished. Eleven of the 30 kids were able to do this with no problem.

If you have a child with an egg allergy, don't try this yourself. It takes special products, a year or more and close supervision because severe reactions remain a risk, the researchers said.

"This experimental therapy can safely be done only by properly trained physicians," says a statement from Dr. Anthony Fauci, director of the National Institute of Allergy and Infectious Diseases, the federal agency that sponsored the study.

The treatment however did not work for everyone, and some dropped out of the study because of allergic reactions. But the results "really do show there is promise for future treatment" and should be tested now in a wider group of kids, Burks said.

More than 2 percent of young children have egg allergies, suffering wheezing and tight throats or even life-threatening reactions if they eat any egg, Burks said. Many will outgrow this by age 4 or 5, and more will by the time they are teens, but 10 to 20 percent never do. The big worry is that these kids will eat eggs as an ingredient in a food they don't realize contains them, and have a severe reaction. Training a child's immune system to tolerate even small amounts of egg to prevent this was the goal of the study.

The treatment worked for 10-year-old Nicholas Redmond of Huntersville, N.C., near Charlotte. Avoiding eggs has been "a huge problem," said his father, Chris Redmond. Now Nicholas has some egg nearly every day to maintain his tolerance, which his father finds terribly ironic.

"You spend 2 1/2 years avoiding eggs" and now have to make sure he gets some, Chris Redmond said.

Nicholas said the hardest part of his allergy was turning down birthday treats at school.

"I would say `no thank you' and I had this little treat box with stuff filled for class parties," he said. Now, "I can have eggs in cake and cookies" - if they don't contain peanuts, he said. He's also allergic to those, and will start sensitization therapy for peanuts next month.

The Mayo Clinic has more on egg allergies.