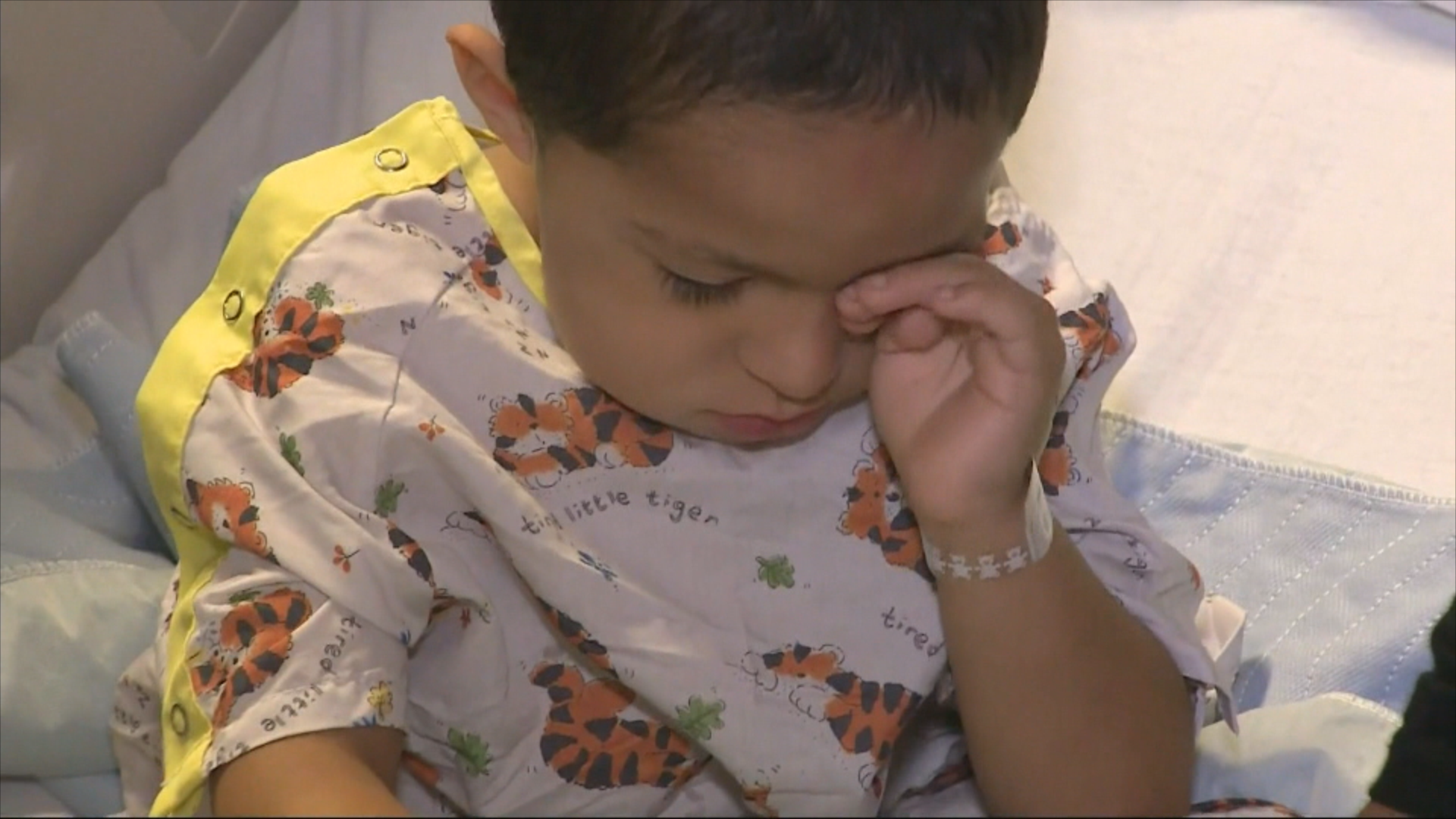 At least seven children have been hospitalized and hundreds more could be tested for suspected bacterial infections after undergoing the same procedure at a dental clinic in Anaheim, California.

Doctors are closely monitoring three-year-old Gibran and treating him with IV antibiotics, after they operated to remove an abscess caused by a suspected dangerous bacterial infection.

“All this from going to a dentist?” Blackstone asked.

“Yes, thinking everything’s going to go by well, you know, ‘you’re going to go in and come out,’ but it didn’t happen like that,” said Gibran’s cousin, Stephanie Baron. “Now he has an infection.”

His parents had taken him to the children’s dental group in Anaheim in May for a common procedure called a pulpotomy, also known as a “baby root canal.” According to health officials, he’s one of more than half a dozen children who had the procedure at the same clinic, then developed symptoms of a serious and potentially life-threatening infection.

“It’s very resistant to treatment and needs to be taken care of quickly,” said Dr. Eric Handler, a public health officer with the Orange County Health Care Agency, who is investigating the clinic. “I have not seen these types of cases in the 10 years that I’ve been here. Once we were notified, we jumped on it very quickly and notified the CDC.”

The clinic has agreed to stop performing the procedure for now.

“We are doing everything, whether it’s sterilization or anything else that relates to taking care of the patients. We are on it,” said Samuel Gruenbaum, CEO of Children’s Dental Group.

Because the bacteria can progress slowly, health officials say they’re are contacting 500 children who had the procedure as far back as May.

“Finding out that there’s other patients from the same dentist group that also are in there for the same reason, it makes your heart stop a little,” Baron said. “Like, what’s going on?”

All seven kids who were hospitalized have developed abscesses, which can take up to six months to appear.

Health officials are working to locate the source of the bacteria, which they say is most likely water used in equipment during the procedure. Results are expected next week.