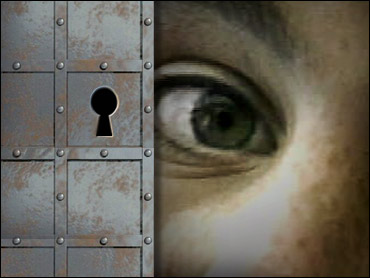 The teen slept on a rolled-up mattress on the dining room floor and bathed in the backyard with a garden hose. For six years, she washed dishes, made beds and cooked for a family that beat her and hid her in a closet when visitors arrived. She never went to school.

Simone Celestin's story sounds like a slave narrative from another century, but federal prosecutors say it happened in South Florida. They say Celestin is one of an unknown number of children and teens called "restaveks," who are hidden as slaves within the Haitian immigrant community.

"Restavek" is a Haitian Creole word meaning "one who stays with." The term applies to an estimated 300,000 poor children in Haiti, mostly girls, who are given or sold by their parents to wealthier families, or taken from orphanages.

The children work in exchange for food, shelter and the promise of school, but often end up victims of physical and sexual abuse, according to the U.S. State Department's annual report on human trafficking.

Some sneak into the United States when their host family emigrates, then hide in a Haitian-American community, which is often loath to discuss the practice with outsiders.

Haitian-American advocates recall about 30 instances that have come to light since 1999, when a 12-year-old came forward with an appalling story about being a Broward County couple's household servant and a sex slave for their son.

But authorities believe those examples are probably just a small fraction of the actual number, because so few cases are reported.

"Haitians don't see those kids as slaves," said Jean-Robert Cadet, a former restavek who published a memoir tracing his journey from Haiti's poverty to the American middle class.

"They may feel they were helping the little child by bringing the child here and express bewilderment that they are being prosecuted for 'doing the right thing,"' Bastien said.

Maude Paulin, a teacher, and her mother, Evelyn Theodore, are scheduled to stand trial in January on federal charges that they illegally brought Celestin into the country in 1999 and kept her in involuntary servitude. Prosecutors say Celestin, then 14, was taken from an orphanage Theodore owned in Haiti, the least developed country in the western hemisphere.

Paulin's ex-husband is also charged with human trafficking, and her sister faces forced labor charges. All four could spend decades in prison if convicted.

Richard Dansoh, Paulin's attorney, said this is a case of cultural misunderstanding. He said Celestin had been the favorite of Paulin's late father at the orphanage, and the family took her in at his wishes.

"They took her to improve her chances of having a good life. This is not a slavery case," Dansoh said.

Dansoh said Celestin could not be enrolled in school because she lacked the proper documents, but Paulin home-schooled the girl. Celestin protested when the family tried to curtail her involvement with older men who had promised to help her gain permanent residency in the U.S., he said.

Paulin and her family were trying to "shield her from a life of inappropriate relationships," Dansoh said.

Prosecutors and Celestin's immigration attorney declined to comment because her case is pending. They declined to make her available for this story. It's not clear how Celestin's situation came to the attention of authorities.

U.S. immigration authorities and advocates call human trafficking a hidden crime because victims do not contact police. They say law enforcement and school officials often miss the warning signs in young people, such as missing identification, isolation or behavioral problems.

Advocates say it's difficult to coax suspected restaveks to open up, even when they are identified, because they are told their work supports family members back in Haiti, and they fear relatives will suffer retribution.

Cadet remembers the shame he felt as a teenager when a high school teacher discovered he was homeless and asked why. Cadet spent his childhood in Haiti as a restavek for a prostitute and her son, then continued working for them after the family emigrated to New York. They kicked him out when school interfered with his chores.

"For me to tell that teacher I was a restavek was like telling him I was a dog. In Haiti, a restavek and a dog share the same social status. For me to tell this man that, I am not really a human being," said Cadet, who is now a college professor and an advocate for restaveks.

Danielle Romer, president of Haitian Support Inc. in Homestead, recalled one 15-year-old girl whose experience showed why restaveks don't reach for help: "She was working a.m. to p.m., not going to school, but where she sleeps is better than what she had in Haiti."

Dwa Fanm, a Brooklyn-based women's rights organization, decided in 2004 not to renew a federal grant for services directed at Haitian restaveks because the 20 women who came forward did not want to register as human trafficking victims. Registration would have allowed them to apply for asylum or specific visas to stay in the U.S.

"As soon as we said, 'You have to report it, we have to report it so you can be certified,' they said, 'Never mind, I've changed my mind,"' said Farah Tanis, the group's executive director. "They didn't want to prosecute. It makes sense - people are afraid for their lives."