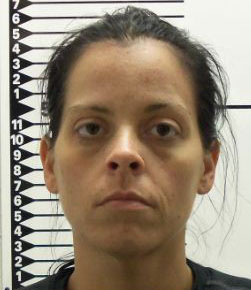 (CBS/KMOX) SWEET SPRINGS, Mo. - A recent show-and-tell at a northwest Missouri elementary school resembled something out of an episode of the television show "Breaking Bad," and it  led to the arrest of a kindergartner's mother.

Michelle Marie Cheatham, 32, was arrested on Sept. 6 after her son pulled out methamphetamines and his mother's crack pipe during a show-and-tell for his kindergarten class, according to a felony complaint filed in the Saline County Circuit Court.

Later that day, a search warrant was obtained by the Sweet Springs police to conduct a search at Cheatham's home, which led to the police reportedly recovering a crack pipe and a butane lighter, according to the Marshall Democrat-News.

Cheatham was charged six days later with two class C felonies - the first for possession of a controlled substance and the other for endangering the welfare of a child. Each charge includes punishments of up to seven years in the Missouri Department of Corrections system and up to a $5,000 fine, according to the felony complaint, obtained by CBS station KMOX,

The "several baggies of crack rocks" discovered in the boy's backpack were worth around $3,700, according to the St. Louis Post-Dispatch.

"When I called the prosecutor about it, they said, 'You're kidding me, aren't you?'" Sweet Springs Police Chief Richard Downing told KCTV5 earlier this month.

Cheatham will appear in court next week.