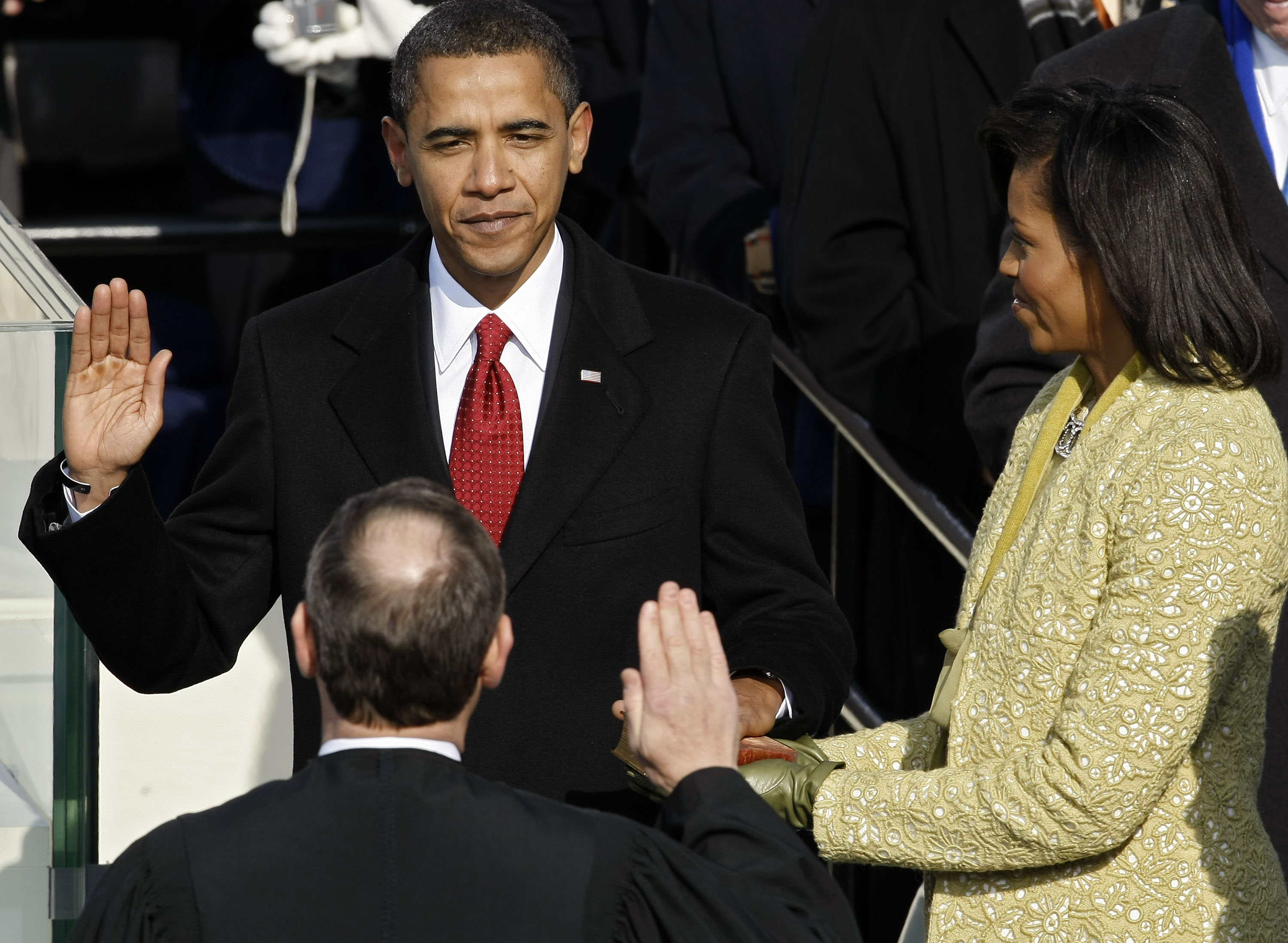 Supreme Court Chief Justice John Roberts will deliver the oath of office for President Obama when he is sworn in for a second term in office, the Presidential Inaugural Committee announced today.

Justice Sonia Sotomayor will administer the oath of office for Vice President Joe Biden, making her the first Hispanic and fourth female to deliver the oath.

Mr. Obama followed tradition by choosing the chief justice to administer the oath, while Biden personally selected Sotomayor. The oaths will be delivered first on Sunday, Jan. 20, the constitutionally-mandated date. However, inauguration ceremonies are typically not held on Sundays because courts and other public institutions are closed, so the the oaths will be delivered again in a public inauguration ceremony on the West Front of the United States Capitol, on Monday, Jan. 21.

"I will be honored to again stand on the Inaugural platform and take part in this important American tradition," Mr. Obama said in a statement. "I look forward to having Chief Justice John Roberts administer my oath of office as we gather to celebrate not just a president or vice president, but the strength and determination of the American people."

Biden called it an "incredible honor" to be sworn in by Sotomayor. "From the first time I met her, I was impressed by Justice Sotomayor's commitment to justice and opportunity for all Americans, and she continues to exemplify those values today," he said.

Incidentally, Roberts had to administer the oath to Mr. Obama twice in 2008 as well -- that time, Roberts went to the White House to re-administer the oath after flubbing it the first time around. When Roberts misspoke in the 2008 inauguration ceremony, it prompted Mr. Obama to repeat the wording differently than as prescribed in the Constitution.