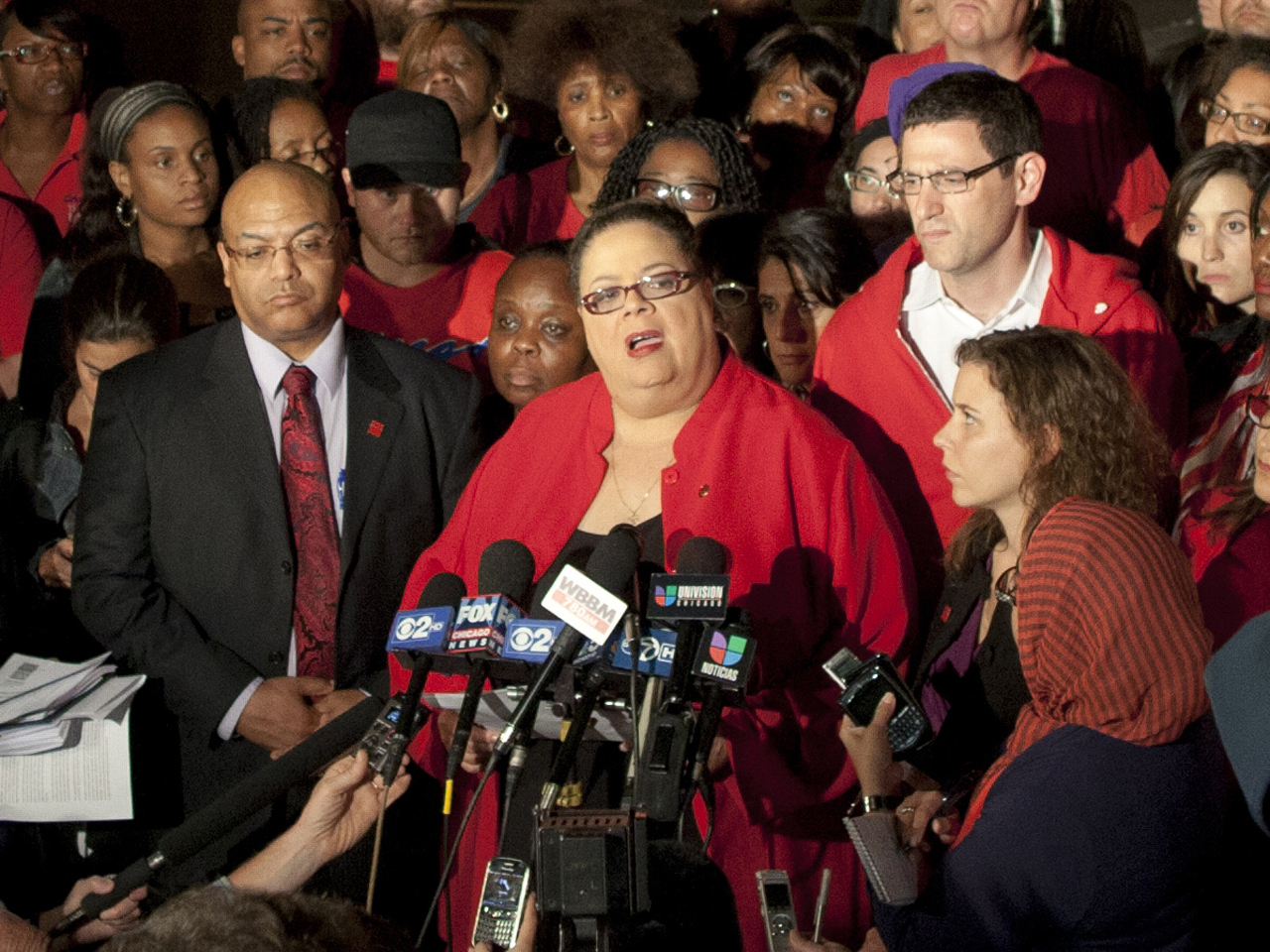 (CBS/AP) CHICAGO — The Chicago Teachers Union announced Sunday night that it will go on strike Monday morning for the first time in 25 years after contract talks with the school district failed over issues including pay, benefits and job security.

"We will be on the (picket) line," Chicago Teachers Union President Karen Lewis said after emerging from all-day talks with district negotiators.

"This is a difficult decision and one we hoped we could have avoided," she said. "We must do things differently in this city if we are to provide our students with the education they so rightfully deserve."

More than 26,000 teachers and support staff are expected to hit the picket lines Monday morning, while the school district and parents carry out plans for keeping nearly 400,000 students safe and occupied during the day in the nation's third largest school district. District officials plan to feed and monitor students at 144 schools throughout the city during the strike.

School board President David Vitale had announced a short time earlier on Sunday night that the talks had broken off, despite the school board offering what he called a fair and responsible contract that would cover four years and meet most of the union's demands. He said the talks with the union had been "extraordinarily difficult."

Speaking shortly after Lewis announced the walkout, Emanuel said the two sides disagreed mainly over two issues that could quickly be finished if the negotiations continued, and that the district's team was ready to start talks again at any time. He said the district had offered the teachers at 16 percent pay raise over four years.

Lewis said she believed talks would resume Monday but a time had not been set for the sides to meet. She added that progress had been made but not enough to avert a strike.

Union officials said among the outstanding issues were district proposals for standardized student testing that would "cheapen" the school system and a teacher evaluation system that would cost 6,000 teachers their jobs within two years. Lewis said the union had won concessions from the district on other matters.

The walkout was announced after months of tense, at-times heated talks among Emanuel, the school board and union leaders at a time when unions and collective bargaining have come under criticism around the nation during difficult economic times.

The district had been offering a raise of 2 percent a year for four years. The union called that offer unacceptable — particularly after Emanuel last year canceled a previously negotiated 4 percent pay raise, citing budget problems.

The union also has raised concerns about raises based on teacher experience and education. It said the district agreed to retain contract language allowing raises based on experience, called step increases, but would not actually pay the money now.

Teachers also have been concerned about new teacher evaluations, health benefits and regaining lost jobs. An additional issue was how a longer school day for students is being implemented.

The strike is the latest flashpoint in a very public and often contentious battle between the mayor and the union.

When he took office last year, the former White House chief of staff inherited a school district facing a $700 million budget shortfall. Not long after, his administration rescinded 4 percent raises for teachers. He then asked the union to reopen its contract and accept 2 percent pay raises in exchange for lengthening the school day for students by 90 minutes. The union refused.

The longer school day was one of the mayor's campaign promises for the city's schools, and he pushed to have it implemented a year ahead of schedule. He attempted to go around the union by asking teachers at individual schools to waive the contract and add 90 minutes to the day. He halted the effort after being challenged by the union before the Illinois Educational Labor Relations Board.