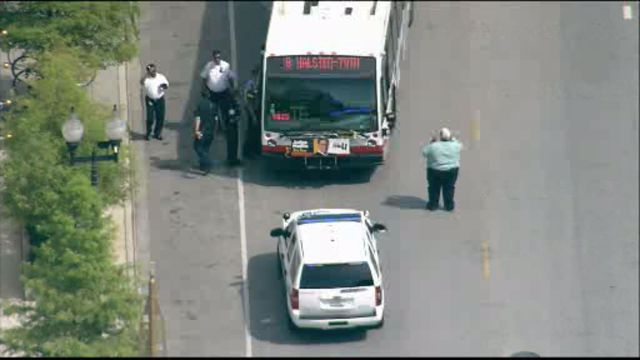 CHICAGO -- Four people, including three children, were hit by a Chicago Transit Authority bus Monday morning in the Lakeview neighborhood.

Police said a bus headed north on Halsted Street hit a mother and three children - a 6-year-old, a 2-year-old, and an 8-week old - near Waveland Avenue around 10:10 a.m., reports CBS Chicago.

The children were taken to Lurie Children's Hospital, according to the Fire Department. Two children were in serious but stable condition. The other child's condition was described only as stable. The mother refused treatment, but went to the hospital with her children.