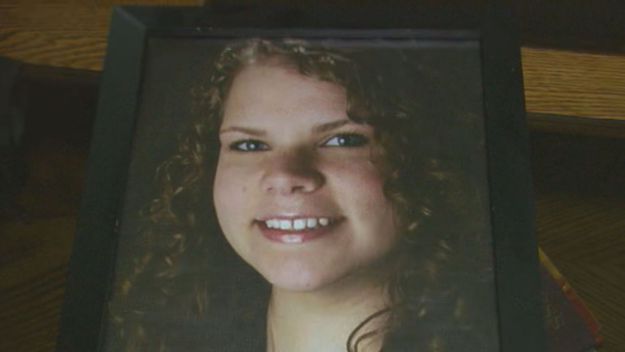 CHICAGO-- Chicago police say they are sorry for destroying a daughter's last message to her parents, which had been kept as evidence in the woman's death investigation, CBS Chicago reports.

"Dear Mom and Dad, I love you guys so much."

Those are some of the last words Terry Porter's daughter, Nicole, wrote before she committed suicide with a lethal dose of insulin on Feb. 27, 2015.

"She was struggling a little bit with depression," Terry Porter told CBS Chicago. "She was seeing a therapist."

As part of the death investigation, Chicago Police kept two suicide notes written by Nicole as evidence. A detective emailed her parents copies of them.

"He said once the investigation was complete, that they would be released to us," Porter said.

Nicole's death was officially ruled a suicide in May, 2015.

In August, the family began pressing the detective for Nicole's notes.

"His response was I haven't received anything from the coroner's office," Porter said. "The case isn't closed. I can't release them."

Finally, on April 13, 2016, the detective sent Terry Porter an email saying he had the final report and had released the hold on the notes.

But a month later, when she and her husband went to pick them up, they were told the letters were destroyed three days after the hold was lifted. In a statement, CPD said it was an accident, caused by an administrative error.

"It was like everything was ripped right open again," Porter said.

Having the letters "would be part of her and I can hold onto. It would mean the world to me right now," Porter said.

"It was the last 'I love you' she ever said to us. It's the last physical thing she ever left for us. They're a part of her that she gave to us in the last hours of her life."

Terry says she's grateful she has copies of Nicole's notes, but it's heartbreaking to know the originals were destroyed.

She hopes Chicago Police will now review their evidence policies to make sure another family won't suffer the same pain as hers.

"I don't want this to ever happen to anyone else," Porter said.