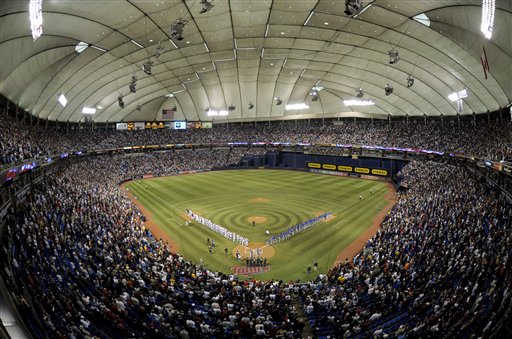 The drama "The Hours" was next with four nominations, among them Nicole Kidman for best actress, Julianne Moore for supporting actress and Ed Harris for supporting actor. Their co-star, Meryl Streep, had been a strong lead-actress contender for "The Hours" and a supporting-actress prospect for "Adaptation," but was shut out in both categories.

Moore also had a best-actress nomination for the 1950s melodrama "Far From Heaven."

"Adaptation," a twisted Hollywood saga from the creators of "Being John Malkovich," earned three nominations, including for Nicolas Cage as lead actor and Chris Cooper as supporting actor.

"Chicago," "The Hours" and "Adaptation" were among nominees for the ensemble-acting prize, the guild's equivalent of a best-picture award. The other nominees were the fantasy epic "The Lord of the Rings: The Two Towers" and the surprise blockbuster "My Big Fat Greek Wedding."

The guild's nominations are the last major awards announcement before the Academy Awards nominations Feb. 11. This month, "The Hours" won the Golden Globe award for dramatic feature, while "Chicago" won in the musical and comedy category.

Kidman, who won back-to-back Golden Globes for "Moulin Rouge" and "The Hours" and scored an Academy Awards nomination for "Moulin Rouge," said a second-straight Oscar nomination is not a certainty despite all the film honors she's accumulated this season.

"I would have been sure Meryl would be nominated for the SAG award," Kidman said of co-star Streep. "So you just have no idea how it will go. You just have to savor each moment and say with each one, `Wow, this is important."'

Along with Kidman, Moore and Zellweger, the best-actress contenders were Salma Hayek for "Frida," a film biography of painter Frida Kahlo, and Diane Lane for the adultery thriller "Unfaithful."

Besides Gere and Cage, best-actor nominees were Adrien Brody for the Holocaust drama "The Pianist," Daniel Day-Lewis for the 1860s epic "Gangs of New York" and Jack Nicholson for the black comedy "About Schmidt."

Along with Cooper and Harris, supporting-actor nominees were Alfred Molina for "Frida," Dennis Quaid for "Far From Heaven" and Christopher Walken for the con-man romp "Catch Me If You Can."

Joining Moore in the supporting-actress category were Kathy Bates in "About Schmidt," Queen Latifah and Catherine Zeta-Jones in "Chicago," and Michelle Pfeiffer in the mother-daughter drama "White Oleander."

Nominees for best TV dramatic ensemble were "24," "CSI: Crime Scene Investigation," "Six Feet Under," "The Sopranos" and "The West Wing."

TV comedy ensemble picks were "Everybody Loves Raymond," "Frasier," "Friends," "Sex and the City" and "Will & Grace."

The guild is to present its ninth annual awards on March 9 in a ceremony airing on TNT. Clint Eastwood will be honored with the guild's life achievement award.

Nominations are chosen by 4,200 randomly chosen members of the union. The guild's full membership of 98,000 is eligible to vote for winners.