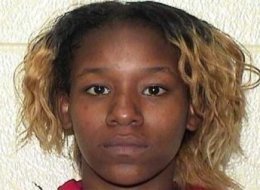 (CBS/WBBM) CHICAGO - Chicago police say 20-year-old mother Toyrianna Smith killed her infant son when he would not stop crying and then took the dead infant shopping with her.

Police say Smith took her her 3-year-old daughter and 3-month-old son to a friend's home where she hung out with her friends, drank liquor and had her hair done, according to CBS station WBBM.

Later that night she stumbled into her room and slept. During the night her son, Ken Blackman Jr., began to cry. When Smith woke up, she allegedly slapped him in the face repeatedly and put a blanket over his head.

The child cried a second time. Authorities say Smith once again slapped him and put a blanket over his face, pressing down until his arms began jerking and he stopped crying.

Prosecutors said friends asked the next morning why the baby was not moving and she said he was asleep.

In the morning she allegedly dressed Ken and put him in a Baby Bjorn, then took the dead infant with her while she shopped for several hours.

A neighbor noticed blood on the child's blanket and thought the child was not breathing and called police.

The death was ruled a homicide by suffocation and an autopsy estimated the child was dead for up to 14 hours.

Smith allegedly confessed to the murder and demonstrated for police how she struck and suffocated the child.

A preliminary hearing has been set for July 14.