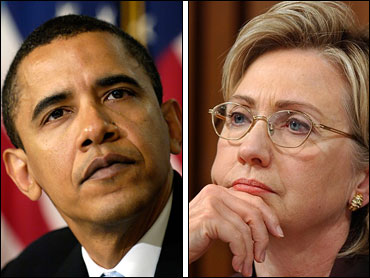 If he's elected vice president, Dick Cheney will either continue to hold part of his large stake in the oil services company he has headed or forfeit it, a company official said Thursday.

Because of the way the options are structured, Cheney cannot sell or transfer them to charity at this point.

After his January inauguration, if he is elected, he would either retain the options or "he could have a situation where he has options he has to forfeit completely," Morris said. He added that he does not believe stock options can be held in a blind trust.

Cheney, the former congressman and defense secretary, became chief executive of Halliburton in October 1995 and chairman in early 1996. He formally left Wednesday with a retirement package that drew criticism from Democrats.

By leaving Dallas-based Halliburton, Cheney gave up a $1.3 million salary. He also sold $3 million worth of company stock in May.

Bush spokesman Ari Fleischer said, "Dick Cheney is a very successful businessman, and America is well-served when people from the private sector return to the public sector."

The Halliburton board let Cheney keep 140,000 shares he would have lost for retiring early, Morris said. At Wednesday's stock price, that would be worth more than $7.5 million.

Under the retirement package announced Wednesday, Cheney will keep previously granted shares and options on 1.16 million shares he could buy at prices ranging from $21 to $54 per share, including options on 400,000 shares he would have lost if the board hadn't granted him early-retirement status.

Although not available for cashing in yet, those options would be worth about $6.1 million at current stock prices. Morris was unsure exactly when those options vest but said much of the total would not be until after inauguration.

"All this stock, he was previously granted. He owned it," Morris said. "He got zero severance package."

"I think he's being grossly overpaid for the performance he delivered for shareholders," said Bill Patterson, who studies executive compensation for the AFL-CIO, which like most unions, supports Democratic candidates.

But Graef Crystal, a retirement compensation expert, said Cheney's compensation, including his salary, was not out of line with other top executives of major corporations.

"He was sort of an average performer for is industry, but he was also paid below other CEOs with the same performance and company size," Crystal said.

Before the company released details of his retirement package, Cheney quietly made his final rounds Wednesday at Halliburton offices in Houston.