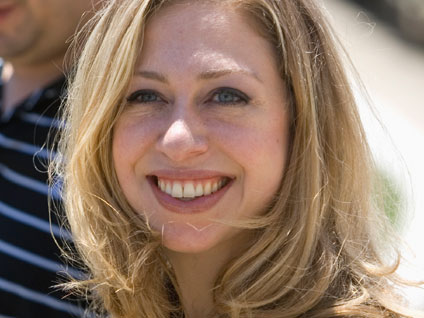 NEW YORK (CBS) Chelsea Clinton was raised in the public eye. And now, she's marrying in it.

The only daughter of Bill and Hillary Clinton moved into the White House in 1993, when she was 12 years old. Since then, the world has watched her grow up.

Pictures: Chelsea Through the Years
Pictures: Kids in the White House

While in Washington, Clinton attended Sidwell Friends School and studied ballet at the Washington School of Ballet. Her Secret Service code name was Energy.

After graduating from high school in 1997, she went on to Stanford University, where she initially declared a major in chemistry but then switched to history. Her undergraduate thesis topic was the 1998 Belfast Agreement in Northern Ireland. She graduated in 2001.

After finishing her studies at Stanford, she went to England and earned a Master's degree in international relations from Oxford.

In 2003, she joined the consulting firm McKinsey & Company in New York. She was the youngest person hired in her class. In 2006, she left McKinsey and went to work for Avenue Capital Group. She completed her master's degree in public health this spring at the Mailman School of Public Health at Columbia University.

During Hillary Clinton's bid for the presidency, Chelsea campaigned for her extensively, mostly on college campuses, and introduced her mother at the 2008 Democratic National Convention.

She met her husband-to-be, Marc Mezvinsky, while the two were growing up in Washington, and the two later attended Stanford together. On Nov. 30, 2009, they announced their engagement.

Clinton and Mezvinsky are marrying on Saturday, and all signs point to the much-talked-about nuptials taking place at Astor Courts in Rhinebeck, N.Y.