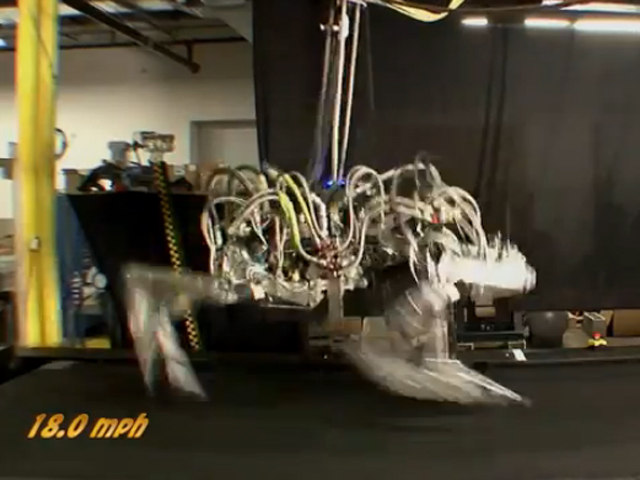 (CBS) Engineering company Boston Dynamics released footage of its robot Cheetah in which they say the four-legged 'bot hits 18 mph, setting a new record for a running robot.

Cheetah is being funded by the Maximum Mobility and Manipulation program of the Defense Advanced Research Projects Agency, or DARPA.

According to the company:

The current version of the Cheetah robot runs on a laboratory treadmill where it is powered by an off-board hydraulic pump, and uses a boom-like device to keep it running in the center of the treadmill. Testing of a free-running prototype is planned for later this year.

The robot's movements are modeled on real fast-running animals, and it even, the company says, flexes and un-flexes "its back on each step, much as an actual cheetah does."

According to the Globe, the company sees applications for the robot in disaster and emergency responses, "particularly over rough terrain."