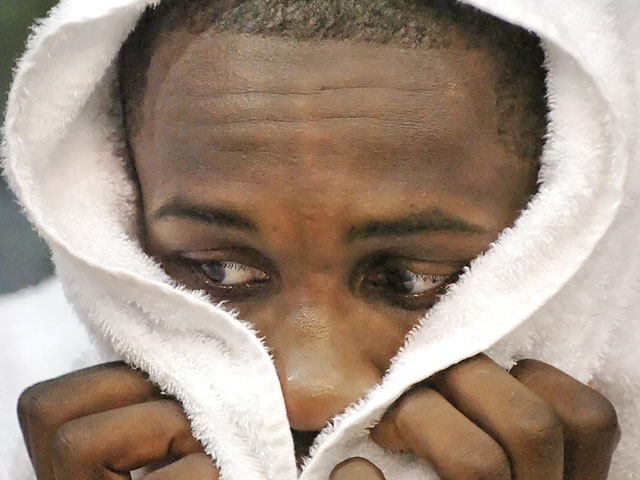 (CBS/AP) BUCHAREST, Romania - A man was arrested Monday in the killing of Chauncey Hardy, a former college basketball player at Sacred Heart in Connecticut who prosecutors say was punched in the face by the boyfriend of a woman Hardy was with in a bar.

Ionut Adrian Tanasoaia surrendered to police and will be in custody for 29 days while he awaits trial. He is accused of beating up Hardy in a bar in the southern Romanian city of Giurgiu on Saturday night.

Hardy died shortly after surgery Sunday in Bucharest. The 23-year-old player sustained severe head injuries and was in a coma when admitted to the hospital in Giurgiu. This is where he played for CSS Giurgiu and was celebrating a victory over rival Dinamo Bucharest.

Hardy was punched after he playfully put his cap on a woman's head prosecutors said. They added that the woman's boyfriend objected to the gesture and Hardy tried to show he didn't understand Romanian. Tanasoaia then allegedly punched Hardy on the chin and he fell to the ground.

A preliminary autopsy revealed a massive hemorrhage and broken skull. Giugiu County Hospital Spokeswoman Elisabeta Bene said Monday that doctors initially suspected Hardy was in a coma because he had been drinking. She said his condition deteriorated a few hours later and he was transferred to a hospital in Bucharest, 38 miles from Giurgiu.

Romania's health ministry Monday ordered an inquiry to determine whether emergency procedures had been followed. Hardy, who arrived in Romania in August, was a guard at Sacred Heart from 2006 to 2010.

"This is not just about a basketball player, but the person as well," Sacred Heart head basketball coach Dave Bike said in a statement Sunday. "It transcends what happens on a basketball court. We feel tremendous sadness and loss for Chauncey's family and those who were close to him."